Hampton Inn Denver International Airport is a nice place for families with kids to stay. The hotel is within 10 miles of the Wings Over the Rockies Air & Space Museum, Aurora History Museum and Genesee Park. This hotel has 122 rooms, each with a mini-fridge and microwave; it also has a fitness center and swimming pool.

We had 3 rooms on the third floor. Late in the evening, members of my group in the two rooms on the North side of the building detected a strong "sewage" odor in their bathrooms (I was on the South side and did not detect the smell). The smell was not their when they checked in; it became strong late in the evening. They also detected the smell in the hallway (another guest also detected the smell and had to have his room changed). The members of my group did not want their rooms changed due to the late hour, but they spent the night with their AC fans running on HI and their bathroom doors closed. By morning the smell had dissipated.

I am used to Hampton Hotels offering a choice of feather or foam pillows. On this trip my room only had foam. The front desk informed me that Hampton will be transitioning to only foam pillows in the future. Not happy with that!

The morning of check-out the hotel developed a problem with the key-cards, requiring a hotel employee to let you in your room every time you needed access.

My son and I fly into Denver for a hunting trip and we have stayed at this Hampton Inn for the last 3-4 years. The reason we stay here is due to the quality of the rooms and the friendly staff. Breakfast is good and there is a neat restaurant next door. 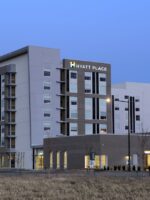 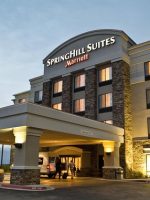 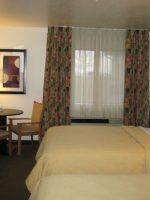 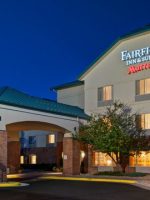 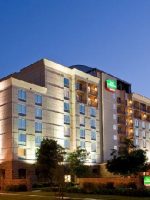