A true luxury hotel and grande dame of Nice, the palace-style Negresco hotel is full of tapestries and other old-world objects of art that give it a real sense of place. Overlooking the water in an ideal central location close to all of Nice’s attractions, the hotel has family rooms that feel more like apartments with two bedrooms, two bathrooms and large sitting areas for relaxing. Kids get a welcome booklet and colored pencils on arrival and the smallest in your bunch will have a blast pedaling around in old-fashioned mini cars just for them. Onsite restaurants include one decorated like a carousel.

Beautiful Hotel for everything.....APART FROM THEIR FOOD

This is my second visit to the Negresco.

The first time I visited, I was balled over by how l was. The hotel houses some of the most beautiful art and sculptures I have ever seen in a hotel. Its is full of character and their staff all seem to be genuinely happy to work there.

The 2 rooms I stayed in for where very clean, decorated to a high standard and had different styles which was very "old worldly" (art deco as some would say). In short, the decor and style of the hotel will entertain your eyes and mind.

The chamber maid service was amazing and the 3 different ladies I spoke to couldn't be more helpful. One of the ladies even took her time to give me some history of the hotel.

However, unfortunately, I was badly let down by the food on the 2 occasions I visited the hotel.

Let me start the with Breakfast:

The hotel serves a reasonably decent continental spread. I would say 3 stars (hence my rating). If you like cold breakfasts (which the continentals are known for) you will be "satisfied"; not bowled over; but moderately satisfied. There is a small selection of basic cheeses, cold meats, salmon, boiled eggs, croissant and bread. They also have the usual basic selection of juices and water. Very very limited salad ( I remember seeing a tiny selection of baby tomatoes, cucumber and carrot batons and some boiled broccoli).

Now, the real let down is with the hot breakfast. Yes, we know that the French eat continental style. But as this is purported to be a 5 star International hotel, I expected that they will be good at presenting a decent hot selection suitable for their clientelle. No, not at all. The hot breakfast was quite frankly, inedible!!

The scrambled eggs that was served looked like a cross between runny custard , partly digested baby food and lumpy porridge (oh, they had no porridge by the way). It looked absolutely VILE, and looked like the gruel/slop served to prisoners in the 18/19th centuries. When I visited the first time 2 weeks ago, I could not eat their hot selection. The scrambled eggs was runny with a few lumps, as before, the bacon was cremated (as in burnt and dry), the sausages looked skinny, was over-salted and felt like chewy rubber...it also looked boiled (very unattractive to the eyes and inedible), the little things in a small hot server that looked like over oiled pebbles turned out to be their version of fried potatoes.

I mean, I don't take time to write to many reviews but this breakfast deserves top spot in the worst selection of hot breakfast I have ever encountered in ANY hotel (including those in the 3rd world). Its is so bad that I am up at 5am writing a review about it!!

I mean, how hard is it to make scrambled eggs, and not to burn the bacon? I have had better eggs at a road side cafe and my children could make better eggs when they were 10..it was that bad! What I also noticed was that the 2 servers of the eggs was still completely full when I came down for breakfast. This tells me that few people bothered to scoop up the "gloopy eggs" unto their plates. I am also surprised that their breakfast chef didn't seem to think it was weird that his servings of eggs remained full after breakfast...you would think that would be taken as a cue that things are not so great with the eggs? I mentioned to the staff about the issue with the eggs and I was promised it would be better the next day (I am not hopeful).

Now, my second biggest let down was their dinner service. On both occasions that I stayed at the hotel I was not impressed with their steak and food service. The staff all "seem" very nice and I cannot fault them directly but the general management of time and service is "off". There is a disproportionate amount of "waiting time" for food to be served. And the meal is served in fractured bits! For example during my first visit at the hotel, I ordered Fillet steak, mashed potatoes, sauce and veggies. My mash potatoes came first, in a separate small bowl, followed by the plated steak and veg about 5 minutes later. The sauce was forgotten...I had to ask for it. This is not good enough at all. Yes, the steak tasted good but the meal was not served as a complete unit which spoiled the experience.

During my second visit, I thought to give them a chance to redeem themselves so I ordered steak meal again. However, because of my previous experience, I made sure to go first to the concierge desk to discuss my requirements. I informed the staff that I wanted Filet steak, medium rare and that I wanted pepper corn sauce with actual unground whole peppercorns in the sauce. Peppercorn Sauce is a basic option with steak in most restaurants but not at the Negresco - I even pulled out a picture from my phone to show them what I meant. I asked her to call the chef to ask if he could prepare the meal the way I wanted it before I went to the restaurant. This pre-check is usually not necessary but I had lost faith in the food so felt I had to check to make sure they will serve me a decent meal. I was reassured that the chef would be able to make the meal the way I wanted and that the chef can make peppercorn sauce with unground pepper corns inside the sauce. So, we proceeded to the restaurant to order and hopefully eat our meal. Upon arrival at the restaurant, myself and my partner checked with the Maitre De, who confirmed that our special request had been received and the meal would be prepared as we asked for, so we ordered the steak and peppercorn sauce. Just to be extra sure, I pulled out my Phone and showed him the picture of a steak and peppercorn sauce that I has shown the staff at the concierge desk. I also explained that the lady at the desk had called the chef to ask if they could make it. I was assured all will be well.

Unfortunately it wasn't. After a prolonged wait (over 45 minutes), I was served a slab of over cooked meat on a plate with some tired looking veg and a side of Bearnaise sauce, not peppercorn!!! No potatoes or fries!! At this point, I was getting tearful because I couldn't believe they could still get it so wrong despite all the effort I had put into explaining my order (and a steak and peppercorn sauce is really NOT a complicated requirement for any good chef).

The next thing that happened shocked me. I asked the staff back and showed him the picture of steak and whole peppercorn sauce from my phone and asked him to please rectify the meal. He apologised and went to the kitchen and came back with a small bowl of dry black peppercorns (The type you use for milling) and said I could but that in the sauce!!! This was unacceptable and added insult to injury and reflected the "couldn't care less attitude" of treating the customer with disdain. I was always told "the customer is always right" but not apparently at the Negresco restaurant.

At this stage (over an hour later) we (my partner and I) decided we had had enough and got up to leave. We were pursued by the waiting staff and told that the chef will rectify the issue. But we explained after three attempts to get it right we had lost faith and patience and that we needed to leave so we could find a restaurant outside the hotel to feed us (it was about 9pm). We left and had a meal at a restaurant nearby (just as an aside that restaurant was able to produce a lovely filet steak meal with peppercorn in about 15 minutes flat!).

The final straw which added further insult to injury was that when we returned to the hotel we had a printed letter from the management stating that they had prepared our meal and sauce as required, which they plainly hadn't.

My final review point is if you go to the Negresco, you will be impressed by the surroundings, the art and glamour....but the food and food service is hit and miss and sometimes quite vile!! And the hotel management is complacent and unapologetic about their food.

If you would like to see a video of their breakfast, visit my youtube channel annetteworldviews@aol.com and see for yourself. I uploaded a video of the hot selection. It was that bad.

Will I return to the Negressco....probably but I would eat here? - most definitelyNOT!!!

One of the best hotels in the World. Piece of Art! The architecture is amazing. The location is great on the famous street La Promenade des Anglais and in the center of Nice. When you get inside it's like a fairytale and museum. A lot of art inside and in the rooms. Every room is with different style. I hardly recommend. 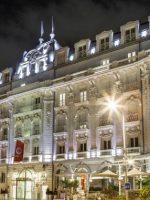 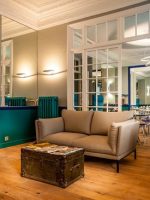 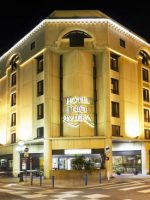