Tucked away in the outskirts of Cajamarca, the Hotel Tartar provides guests with easy access to the airport, the Inca Baths, El Cuarto del Rescate and the Cajamarca Plaza de Armas. Wi-Fi and breakfast are family amenities provided for free by the hotel for the convenience of its guests. Triple Rooms accommodating up to three guests are able to be reserved. Larger families will find the Family Rooms that can accommodate up to five guests to be well suited for their needs. Some of the rooms at the hotel provide guests with breathtaking views of the mountains. The Vicunna Restaurant is the hotel’s onsite dining venue and serves breakfast, lunch and dinner.

Hotel Tartar - curious name - is a lovely place to spend a weekend. A short taxi ride from Cajamarca it is quiet, well-run, and has an excellent restaurant. We also enjoyed the open fire and sitting in the courtyard for our breakfast and lunch.
The hotel lent us bikes for a small charge and we cycled around the country lanes to nearby Banos de Inca where you can swim in the thermal pool.
Our room was a bit hot on the first night but we opened the window in the bathroom the following evening.
And the hotel dog Scott is very friendly!

In all the time I've been using Tripadvisor for hotel reviews, never has my own opinion of a place been so at odds with those people who preceded me. It's a complete mystery to me how Hotel Tartar could possibly have earned such rave reviews.

The building itself is lovely and the quiet location outside the city is pleasant enough, a taxi into the city only costs 8 soles. In addition the rooms are nice and the staff throughout the hotel are very friendly.

So what's the problem you may wonder?

Cajamarca stands at around 2750m (8900ft) so it gets cold. There is no heating anywhere in the hotel. We arrived at our room in the late afternoon only to find that it felt really cold. The receptionist (wearing a heavy jacket) informed us that no heaters were available and that it doesn't really get cold!

As the bar-restaurant was closed until 7pm it seemed a good idea to get a shower except that the water was cold. We were again informed that it would be warm after allowing the water to run for a while but after waiting 10 minutes we resigned ourselves to lukewarm showers in a freezing bathroom. Towels, by the way, are changed every three days. How they are supposed to dry in this environment is another mystery.

Dinner in the empty restaurant was fine if you don't mind wearing a heavy jumper and a fleece to keep you warm at the table. Fortunately, the heavy quilt on the bed kept the cold away during the night. The temperature in the conference room at breakfast was again unacceptable and a lukewarm cup of coffee with a fried egg on a saucer with some bread hardly warmed our spirits.

This hotel seems popular with Peruvian families travelling by car who no doubt arrive with an extra bag filled with extra jumpers, hats and scarves. It is not recommended for foreign travellers who would be far better off choosing a city centre property (with heating).

If you do decide to book you'll find it cheaper on Booking than by calling them direct (as we did). The bill on departure was printed on a sheet of paper which didn't even show the hotel name and included the 18% visitor tax which shouldn't be charged to foreigners. Go figure! 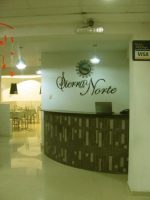 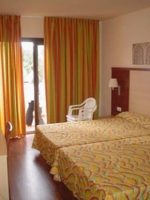 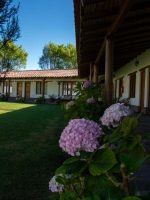 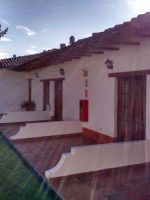 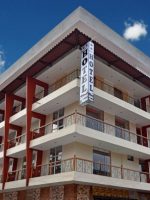 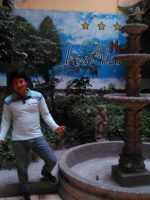 How to Practice Hygge With the Whole Family 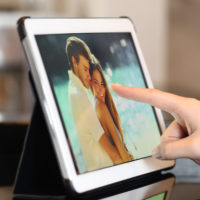 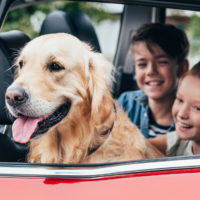 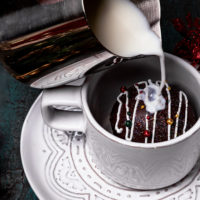