While Hampton is best-known for its eponymous beach and honkytonk attractions, the town is also home to a quaint inland village that oozes New England charm. At its center is this Colonial-era tavern and inn, which has been fully renovated and restored. The one- and two-bedroom rooms are small but comfortable, with soft beds-some four-posters, dark wood furniture, and exposed brick walls giving the lodging a historic period feel. They also come equipped with microwaves and mini-fridges, though lack televisions.

Downstairs, the tavern serves up New England classics such as steamers and boiled lobster along with pub grub like burgers and sandwiches. A complimentary continental breakfast of pastries, fruits, and yogurts is included. The inn is also walking distance to several other restaurants and shops; the beach is only a few minutes’ drive away.

Friendly staff and full array of amenities. Rooms have microwave and fridge, good heater (important as I stayed in November), shampoo, conditioner, lotion, fast WIFI, room was spacious enough, small bathroom but big counter top, free coffee and tea all day and night in the lobby, and full service restaurant. The early-bird specials from 3-5 pm are very good and filling for just $15.99. Stayed here two nights on a solo road trip of New England. Bob at the front desk was very friendly and told me about many points of interest in NH and northern MA. I also appreciate that free breakfast is served from 6-10 am to accommodate those who either want to eat extra early or sleep in. Bob even told me it was ready around 5:30 am as I was up early drinking coffee and chatting with him. Restaurant server Marcia was very friendly and super efficient when I ate dinner on the sports-bar side of the restaurant. No complaints whatsoever, would stay here again.

Excellent place to stay and enjoy. Great staff and wonderful rooms. Has a warm feel that reminds you of stories of the old inns. We found this on line and we're fortunate to have found it. Would recommend it to anyone going near the area.

BEST WESTERN PLUS The Inn at Hampton 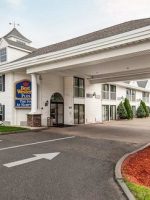 Windjammer By The Sea 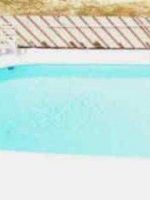 Jonathan’s Hotel “On the Oceanfront” 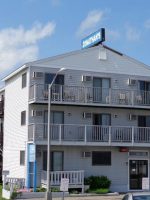 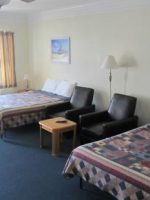