Once they arrive in their guest rooms, families may find it hard to leave this non-smoking property. Beds with down comforters, custom duvets and cotton-rich linens; flat-panel TVs featuring Netflix and Hulu; and spacious bathrooms featuring granite vanities all add up to accommodations every family will love. Of course, the onsite swimming pool, restaurants and complimentary wireless internet access in the lobby and public areas also prove quite attractive.

I had a difficult time determining how to rate this hotel, but ended on two stars because I would not recommend this for the price nor will I return. We stayed here for a soccer tournament that was advertised as “stay to play” but other members of our team learned from previous experiences and found better deals elsewhere.

The bad:
The double beds are RIDICULOUSLY small for two adults to share. Even though we didn’t touch our room, it would have been a $20 fee to move plus the upgraded costs of having a larger bed. For $200 a night, we should at least be given queen size beds. I barely slept, even though the bed was comfortable, because there was no space.

Upon arrival, our sink was filled with brown debris. I didn’t complain at first, but then the water began bubbling up and wouldn’t drain. The staff was very professional at taking care of the issue, however.

In order to get internet, you have to be a BonVoy member, which is free, but just another hassle and hoops to jump through - and you have to do it for every phone, every time you want to log on. Internet has been included in every other hotel I have stayed at the last 5-6 years easy.

Parking is an additional $8 a night, which is ridiculous. Plus, our card wasn’t loaded correctly, so we were double charged. Again, the people at the front desk took care of it, but it was yet another hassle we had to take care of.

The breakfast that was included in our package supposedly included “two hot items.” The spread was decent, but the “hot” items of eggs, waffles, and bacon were all cold. There was no warmer under the buffet pans.

The pool is ICE cold. My nine year old couldn’t even stay in longer than 10-15 minutes and I refused to go in at all.

These issues wouldn’t have bothered me as much if the cost were cut in half, but for the price, basic needs were not met.

Seems like i stay there about every 15 years. The property has only gotten better with age. Rooms are fresh and inviting. The Concierge Lounge is the best i have experienced. Only thing missing was the Japanese Steak House (unfortunately closed several years ago). 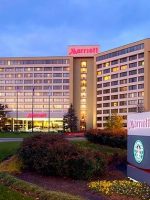 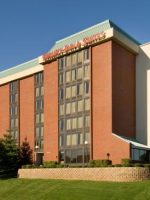 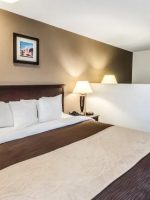 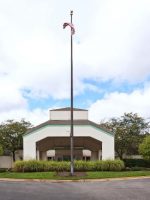 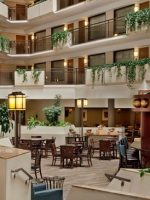 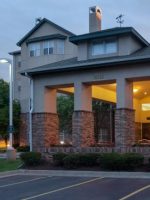