This Ramada is located adjacent to Magical Midway arcade and Fun Spot Action Park in Disney. The 12-story hotel offers more than 150 rooms with plush beds and complimentary Wi-Fi. Each unit contains a microwave and miniature refrigerator. A free shuttle travels to the Magic Kingdom. An outdoor pool overlooks the lake. Many family-friendly restaurants are within walking distance of the hotel. A complimentary continental breakfast is available each morning. Ramada is a good place for families who want a fairly close location to the parks for a great value.

Great family friendly hotel. Great location. Breakfast basic pancakes cereal, fruit, yougart and toast but we enjoyed it. One of our party had issue with their booking but it was quickly dealt with my management. We really enjoyed our stay here and would stay again. I recommend the suites in the main building these perfect and breakfast area and lobby very modern- not the south tower with the older rooms these seem to have loads of issues like the lift not working I would recommend the suites in the main building everything working great. Room very comfortable cleaning staff friendly and cleaned the room daily. Be careful which side of the building you are staying in main building is fine our suite was on 7th floor amazing view.

Basic breakfast with all plastic or polystyrene cups bowls and cutlery. Where is your regard for the environment?
No meat options and huge queues for waffles or pancakes. The excuse for no meat was that you have guests from all over the world and so some of it was not for everyone and it was getting thrown away. Imagine if all hotels used the excuse that they had guests from all over the world! How about put a sign next to the meat advertising it as pork or beef?! Genius idea that.

One of the lifts in the south tower is still out of order (see other people’s reviews from early October) meaning long arduous waits for the lift.

The south tower has awfully loud air con which sounds like a plane is trying to take off. We complained to the reception who said it’s normal for the states. I’ve stayed in over 20 hotels in the US and that is not normal.

One of the lights flickered so we had maintenance come take a look. He said this was normal when a light gets too hot. Don’t think this should happen when you immediately switch the light on?

The downstairs bar is shoddy and doesn’t want you to want to drink there. One evening the barmaid didn’t even show up so there was a receptionist having to go back a for to serve you more drinks in plastic cups. Nice!

There were never any pool towels so had to constantly ask for it to be refilled.

The shuttles go at 7am or 11.30am and don’t return until 8/10pm. So not frequently like advertised or at reasonable times considering universal is only 2 miles away.

There is a rooftop pool and bar but this is only for guests on floor 9 and above in the much nicer north tower but they still receive the substandard breakfast.

We were visiting for our honeymoon and are bitterly disappointed. When we asked to move rooms due to all the problems we were told to wait until the morning for management as there was no one there that evening or pay £500 for a better room when they were on booking.com for £50 more.

If I get a response from management saying thanks for your feedback and we’ll look into it then don’t bother replying as you didn’t care when we were there. 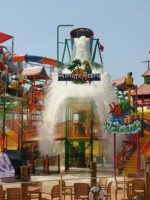 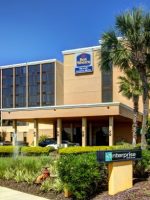 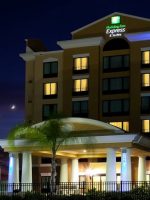 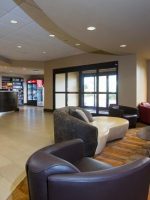 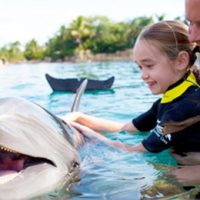 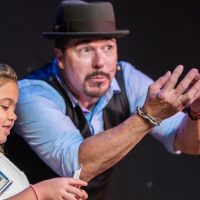