Located in the heart of the city is this boutique extended-stay hotel. Amenities include a daily complimentary breakfast buffet, onsite family dining on the rooftop (open seasonally), and complimentary Wi-Fi to stay up-to-date on the latest and greatest happenings throughout the world. Studio, one-, and two-bedroom suites are available, and feature fully equipped kitchens with conventional ovens; dishwashers; microwaves; pots, pans, and serving dishes; refrigerators with ice makers; silverware; stoves; tables and chairs; and toasters. Nearby attractions include the Great American Tower at Queen City Square, Great American Ballpark, and the Taft Museum. Check-in time is 3 p.m. and check-out time is noon.

I had to sleep in a warm room for four out of five nights of the duration of my stay. Apparently they installed a new HVAC system and forgot to read the owner's manual. I don't think I am requesting much when I ask that the temperature control in a hotel room work. I have stayed at Marriotts for decades and have never had such a poor experience.

In addition to the HVAC issue several others came up. First, the sheets were stained with what appeared to be blood. That in and of itself is absolutely unacceptable. I should have reported this on the first day but, frankly, my work days in Cincinnati were so long, and the hotel was so unresponsive, that I did not want an additional aggravation and just chose to sleep on the other side of the bed. Second, the chair in the room was ripped. Perhaps not the biggest issue but this is more reminiscent of a $30-road side motel than a Marriott. Finally, the front desk staff was generally uncaring and uninterested in guest satisfaction (or at least that is how it appeared to me).

I would however be remiss if I did not commend some folks who actually seemed to care. The only person with any initiative was a bearded gentleman who came up to my room and offered a box fan and an open window to alleviate the temperature issue somewhat. The breakfast staff was also lovely.

Great Anniversary Trip to the Phelps!

Beautifully appointed hotel. Staff are amazing. The location makes it a easy to access downtown, Mt. Adams and Over the Rhine. We were able to walk a few blocks and hop on the streetcar, have dinner and drinks, see the tree on Fountain Square. It was great! 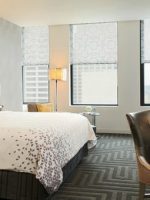 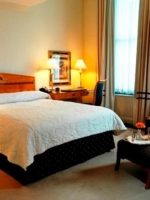 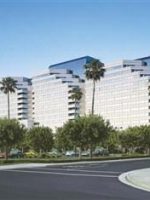 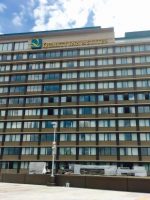 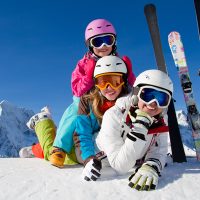