What makes a great waterslide? Is it height? Speed? Location? The design? Yes to all of the above! The best waterslides  incorporate thrills and eye-catching visuals as you approach, and are located in fantastical places you will remember forever. These are the 10 waterslides you have to see to believe.

Colorful, tall and totally terrifying (to this scaredy-cat dad at least), Daredevil’s Peak is the prominent attraction visible from Royal Caribbean ships long before they dock at the cruise line’s new private island, Perfect Day at CocoCay. At 135 feet, this is officially the tallest waterslide in North America and the drop is fast, dark, and exhilarating. After conquering the peak, you have every right to load up on crispy mozzarella sticks at any one of the complimentary snack bars (or grab an adult beverage and wings from the actual bar), before lounging in a hammock on the beach—you earned it!

It can be jarring the first time you go uphill on a waterslide, but the exciting sensation is becoming more common. This ingenious  technology was actually invented by the Schlitterbahn in New Braunfels. Master Blaster was the first to use that ‘water pushing you uphill’ trick and the park’s other aqua coaster, Dragon’s Revenge, was next in line to employ the same thrill. Rising up six stories, Master Blaster begins with a drop so swift you won’t even have time to be terrified before the first of several blasts back up skyward, en route to the ultimate splashdown finale.

There are several waterslides reaching the top of the charts at SoundWaves, a uniquely Nashville experience fusing thousands of gallons of water with stellar music in a white and blue, vaguely Greek Island-inspired oasis of family vacation fun at the Gaylord Opryland. Adrenaline junkies in your family will rush to try Beat Drop, a near-vertical drop into a tunnel and looping waterslide, and the Bass Drop, an open-flume six-story free-fall into water. When you need a break from the thrills, chill out in the 315,000-gallon wave pool, splashing beneath a giant LED movie screen.

4. The Blaster – Royal Caribbean’s Navigator of the Seas

As you stroll around to get the lay of the ‘land’ on the recently renovated Navigator of the Seas, you might think, “wait, how does this waterslide go up hill?” The answer is five blasters that fire you (and your kid if you decide to ride tandem on the inflatable tube) along more than 800 feet of dips, drops and straightaways on what is the longest waterslide at sea. Only, that wasn’t thrilling enough for Royal Caribbean designers! In the home stretch, the Aqua Coaster sends you through an open-air chute that’s the longest portion of waterslide ever to be suspended—gulp—over the ocean! 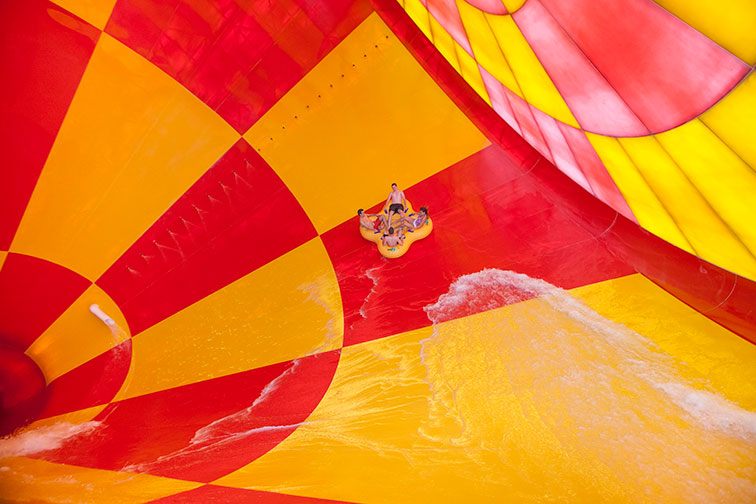 This is one of those waterslides that looks mind-blowing from street level and even more crazy once you saddle up a raft with 1-3 additional family members (because you cannot ride this one solo). The Howlin’ Tornado is super-fast, thrilling and twists you all up before dropping into a six-story tornado-like funnel. Part of the fun is getting enough momentum and your group’s weight shifted correctly to get yourselves as high up on the colorful red and yellow walls as possible before shooting into the tunnel for an epic splash at the finish. This waterslide, available at many Great Wolf Lodge locations, is waterpark family bonding done right!

As with much that’s been built in Dubai, you have to see it to believe it! Aquaconda, and to be fair, The Leap of Faith, are among the best waterslides in the world. The latter is a 9-story, near-vertical drop through a clear tube surrounded by sharks and rays, while the impressive former is the longest waterslide in the world. It goes from dark tunnel to the world’s biggest fiber glass tube, all in a jagged-toothed structure resembling an actual anaconda. Note: Atlantis in Nassau, Bahamas, features a Leap of Faith slide as well, although not as tall as the one in Dubai. Aquaventure at Atlantis The Palm is set to become one of the world’s biggest water parks in summer 2020 with the addition of a brand new tower.

There’s a retired 747 airplane on the roof of this waterpark, which in and of itself is a sight to behold as you approach. But that’s just the start of the thrills you and your family will experience at Evergreen Wings & Waves. Four of the slides actually begin INSIDE the 747! That’s right—you climb up and slide down into the pools below from inside the cabin of the plane. That makes these waterslides, and this water park, some of the most unique in the world!

The Austrians, famously gifted at conquering the tallest mountains on skis, are not messing around when it comes to waterslides either. The L2 ranks as the world’s first double-looping waterslide and the park promises that it’s the most extreme and intense waterslide in the world with a rocket launch from 82 feet, nearly 45 feet of free falling, top speeds of 40 mph, two radical loops, all in bright red tubes stretching out over 420 feet long in total. You have to see the L2 to believe it and you have to be 14 (and daring) to experience it. 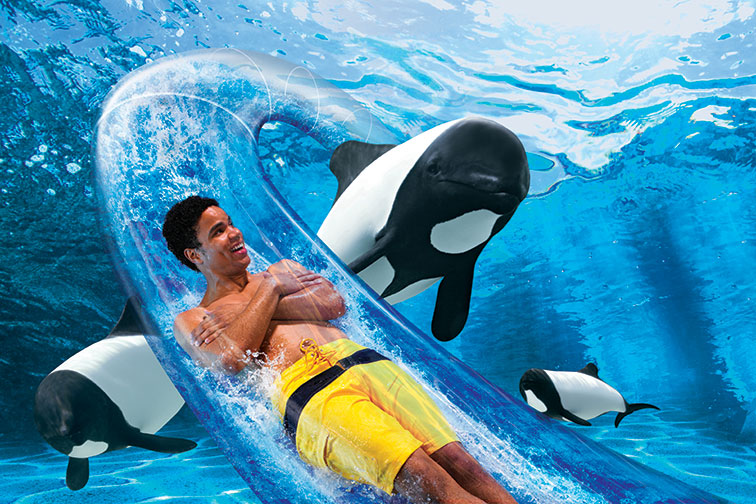 One look at this twin corkscrew waterslide and you’ll quickly understand why it’s the most popular waterslide at Orlando’s Aquatica. Start with a pitch black plunge before emerging in an underwater dream world surrounded by black and white Commerson’s dolphins that look like a cross between pandas and whales! With any luck, the speedy dolphins will be up for a race as you zip through the clear tubes, past their watery home turf!

The numbers associated with this appropriately named waterslide in Brazil are as staggering as the structure is to look at: 14 floors of stairs to free fall 135 feet high (once in the Guinness Book of World Records as the tallest waterslide) ,which provides riders with the chance to reach speeds of up to 65 mph. That’s highway speed in your bathing suit and nothing else, and that is nothing short of insano in Portuguese or in any language!

Jeff Bogle lives in the suburbs of Philadelphia with his wife, two daughters, and three cats. He is an award-winning photographer and respected travel journalist with bylines on Reader’s Digest, Good Housekeeping, PBS, Esquire and more. Jeff (probably) spends too much time in England watching football and far too many hours plotting his family’s future travel adventures. Find Jeff on his own site, Out With the Kids. 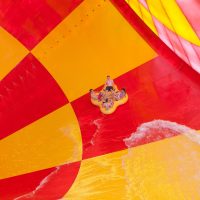 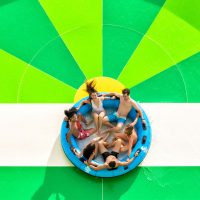 13 Best Water Parks in the World 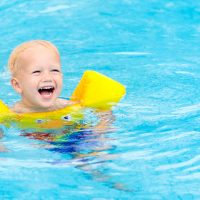