Star Wars Land is still in the works! While you wait for the force to be awakened, here’s what your family can expect at Disneyland in 2018. Hint: The changes are looking “Up” and definitely going “to infinity and beyond.” Four Pixar neighborhoods will open in the summer of 2018 at Disney California Adventure. “The Incredibles,” “Toy Story,” and “Inside Out” will be among the fanciful neighborhoods. The Incredicoaster, featuring characters from “The Incredibles,” will definitely be a highlight for kids who like thrill rides and want to help the family race to catch baby Jack-Jack! The new movie, “The Incredibles 2,” also happens to be premiering on July 14, 2018.

The first-ever Pixar Fest will open on April 13, 2018 and will be the biggest celebration from Pixar Animation Studios. The limited-time festival will wow families with a Pixar-themed fireworks show and a parade, which of course is led by the famous Pixar lamp (just like the films) and quickly followed by the floating house from “Up” and Bing Bong from “Inside Out.” A story of friendship included in the fireworks show called “Together Forever,” will come to life across iconic Disney locations in the park, like Sleeping Beauty’s Castle and the buildings along Main Street USA. Buzz Lightyear may even have a friend in Tinker Bell during the show.

Superhero fans will marvel at their favorites like Thor and Loki at Hollywood Land throughout the new year. Other Marvel super heroes like Spider-Man and Captain America will also wander the Disneyland parks, keeping an eye on things and snapping pics with the kiddos.

The “World of Color” nighttime show will amaze folks when scenes from Disney and Disney-Pixar movies wave across a water “screen” for all to enjoy at Disney California Adventure. 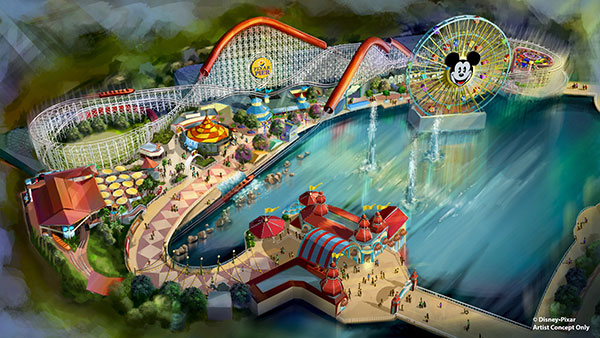 In the Downtown Disney District, parents will not strike out at the new Splitsville Luxury Lanes! The family-friendly restaurant and bowling alley is expected to open in the winter. The 40,000-square-foot, two-story facility will feature a retro, yet modern decor, outdoor seating, 20 bowling lanes, two billiards tables, 25 flat-screen TVs and live entertainment daily.

Progress continues on the Star Wars: Galaxy’s Edge in Disneyland and is set to open in 2019 before Walt Disney World Resort opens its own. Mark those calendars! A fourth Disneyland Resort hotel will follow in 2021.

More From Family Vacation Critic:
10 Best Family-Friendly Beaches Near Disneyland
How to Save On Southern California Theme Park Tickets 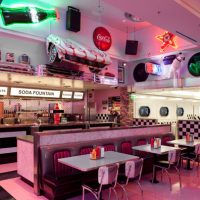