Featuring expansive floor plans, the Z ReZidence Boutique Villas Bali is an excellent choice for large families due to the number of bedrooms available in each villa. Both villas on the property feature four bedrooms and the ability to accommodate up to eight guests. The villas also have full kitchens and private swimming pools. Other family-friendly amenities provided to guests include babysitting services, free Wi-Fi access and complimentary breakfast. The hotel’s location places it within easy reach of local and chain restaurants. Petitenget Street, Petitenget Temple, Petitenget Beach and Eat Street are all a short distance away from the villas.

My family absolutely loved this place.
Such a great place to stay. Clean and luxurious.
Can’t wait to go back. The rooms were spacious.
The place was clean and modern. The people there were very helpful.

Not worth the price tag!

This is a beautiful villa which has potential however service is lacking and the inclusions in the villa are less then adequate given the price tag!

Upon arrival we were greeted by the host which was lovely enough to let us drop our bags prior to check in time, and cold towels and welcome drinks served. As the rooms were still being cleaned, we went to grab lunch and arrived back at the villa at check in time. When we arrived there was no one to assist us with our luggage, direct us to our rooms or show us the facilities.

The rooms did not appear to be cleaned properly (just a surface clean from the previous guests) and the air conditioning had not even been turned on, so the rooms were a sauna upon arrival! We stayed for 5 nights and soon enough learnt that during the day after servicing our rooms they would turn off the air conditioning so we always returned to hot stuffy rooms which was highly unpleasant given how hot and humid Bali is! The bathrooms lacked basics such as shampoo and conditioner or body wash. Only a quarter roll (not even a new full roll!) of toilet paper was supplied - so you’d be praying you didn’t get the Bali belly! The tissue box was stuffed with foam and tissue paper was cut into half and placed back in the box so there was approx 4 tissue papers in a box in total that was made to appear to be full. Overall the villa lacked all the basics you would expect from a standard villa as detailed above including an international adapter. Moreover, the villa was mosquito infested with no form of mosquito repellent around the property to accomodate guest comfort. This meant we couldn’t enjoy the pool and outdoor area during the evening without being eaten alive by mosquitos! The host was lovely enough to supply us with international adapters on the second night, but we had already bought our own by this stage. On a couple of nights the towels were not even replaced and the old towels removed so we had to share towels with another couple who had no towels in their room. It was obvious upon arrival that every effort was being taken to cut costs (I.e electricity from air conditioning) which is not the feeling you want to experience on holiday!

Breakfast included was pretty average and lacked flavour. On the first morning breakfast was served with no salt or pepper and our toast was served with no butter. We had to wait almost 20 minutes for these items by which time our breaky was cold. The kitchen which is included in the villa didn’t stock basics such as salt, pepper, tea, coffee or sugar for guests. Or ammenities such as scissors etc. that guests may need.

On the second day we decided not to have breakfast but because we had it included in our package asked if instead we could just have some fruit and croissants. The host agreed and provided this to us, however later that day advised that this was an additional cost. He knew we were not happy about this so later advised that this he was happy to gift us the few croissants provided in lieu of the full breakfast as a New Year’s Day present just for that day. The lack of flexibility to accomodate our preferences was not what you would expect from a 5 Star villa!

The host kindly assisted us with Taxis on a couple of occasions, however in both instances the Taxis never turned up and we had to find our own in the end.

As mentioned earlier, this villa had potential but the service and inclusions were not on standard... there are lots more villas for much cheaper that offer an amazing service, this wasn’t one of them! 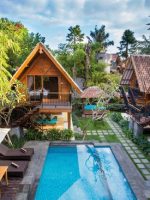 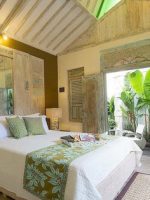 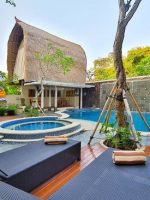 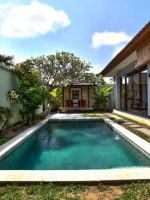 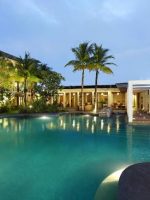 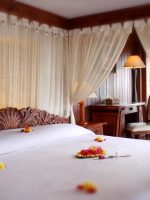