Astor on the Park
931 Reviews
Edit

Astor is opposite Central Park, offering beautiful views and close location to Columbia University and the American Museum of Natural History. The small, seven-story hotel houses 80 rooms in a residential neighborhood setting. Main highlights of the hotel are a great location and affordable rates compared to area hotels. The renovated, cozy rooms feature basic amenities, like comfortable bedding, televisions and ironing boards. Private bathrooms showcase marble and glass pieces, custom accents and high-quality products. A laundry room is available for guests who wish to pack light or stay long.

Probably the worst hotel I have ever stayed in. It’s dirty and in need of modernisation. There is only 1 elevator which barely fits 4 people, this is to prepare you for the small rooms. The rooms are tiny, more like converted store rooms. The hotel boasts views over Central Park but most rooms face onto a brick wall. The heat in the rooms is unbearable but the Air con is small and very noisy, you either don’t sleep due to the heat or due to the noisy Air con. The bath had mould around it, there is no drawers in the room just a small cupboard with no hangars and a small fridge with nothing in it, no space to put your case except on what’s left of the floor space. The location is ok as it’s only 3 streets from the nearest Subway which takes 15mins to get into Central Manhattan however if you miss your stop on the way back you end up in Harlem. I complained about the noisy Air con and was told they would fix it, nothing was done. There is tea and coffee available downstairs but it’s the worst coffee I’ve ever tasted, there is no bar and breakfast is 3 times more expensive than the nearby cafe. Wi-Fi is $10 a day if you want it in your room. Staff were friendly enough.

We stayed in the Park West Hotel for 4 nights and this has to be the worst hotel I have ever stayed in. The rooms, hallways and elevator are filthy; the whole building needs a deep clean. The beds are rock hard and the rooms are tiny. 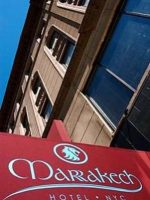 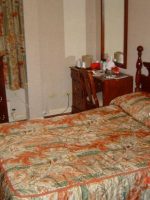 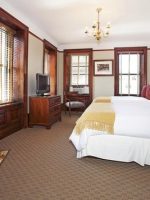 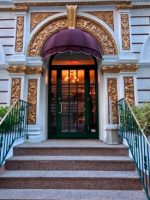 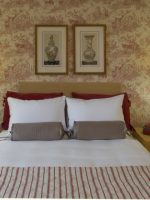 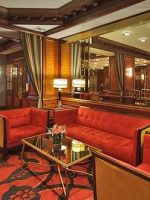