The Casona Plaza Hotel Centro is located in the heart of historical Puno, minutes away from Lake Titicaca. Families can enjoy the cultural aspect of the city before heading out on a fishing or boating excursions on the lake. Spacious family rooms accommodate five guests, with cribs available at no extra charge. Every room at the Casona Plaza Hotel Centro features flat screen televisions, air-conditioning, heating, private bathrooms, seating area, hardwood floors and hypoallergenic pillows. The onsite restaurant serves authentic Peruvian cuisine, and a breakfast buffet is served daily. The nearby Main Square Plaza de Armas and cathedral are highly recommended family attractions.

Not what we understand as 4 stars

Rooms clean and staff very welcoming. Usually good hot water but it does run out. However most rooms are situated around light wells so are quite dark. Furniture is old and worn out sink was cracked. Breakfasts are adequate. Wi-fi variable.

Arrived approximately 2100 hours after a long day of travelling . A cold beer required , the staff (Elvis) who was attending the bar tutted when asked for a beer, and eventually he served me, a short while later he again showed no interest when asked for a coffee for my wife .... when I paid him with a 50 Sol note, his disgust couldn’t have been worse as it meant him going to reception for the change , which to be fair is almost a 15 second walk!!!!
It was then I noticed his whole interest was watching the football match on tv , Peru were playing and winning ... in small talk I asked him if it was a good game, he grunted and ignored me ! Similar service was as given on our second night by a different member of staff.
I didn’t know why it took me so long (must be the altitude) to notice what was taking all his attention, as the tv was so loud we could hear it on the second floor .
The shower in the morning was luke warm, this coupled with the glass Louvre window at the side of the shower letting a cold draught in made for a very quick wash (-5c outside) , the bath was very tired with stains and the sealant was atrocious... the heating in the room consists of a wall mounted fan heater which is mostly ineffective .
In all fairness the check in was very efficient, and I can live with cool showered but the attitude of the staff is unforgivable. 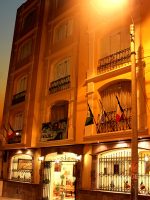 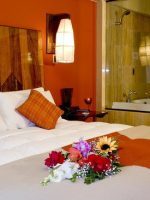 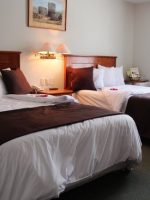 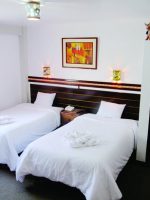 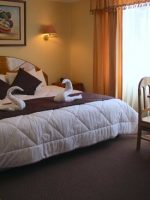 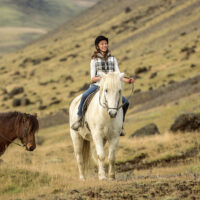 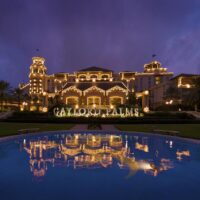