In the 1970s when the Chattanooga Terminal Station was slated for demolition, a group of local businessmen became inspired by the “Chattanooga Choo Choo” theme and set out to save the terminal and transform it into a vacation complex. Four million dollars later, in 1973, the Chattanooga Choo Choo Historic Hotel opened its doors and became one of the city’s first historic preservation projects.

The “train car” rooms offer queen-sized beds, and some cars also have a daybed with a pull-out trundle bed. Standard rooms feature either a king-sized bed or two double beds, and hotel hospitality suites offer a king-sized bed, a table with four chairs, a sofa and loveseat, a wet bar, and a refrigerator. In the suites, deluxe bathrooms include a Jacuzzi and an over-sized vanity with two sinks. Of special note to families is that all suites have adjoining bedrooms available (request at time of reservation), all rooms feature free wireless Internet service.

Families will enjoy the bustling premises showcasing shops, a variety of restaurants and formal gardens as well as the outdoor and indoor pools, the later featuring an impressive four-story-high skylit dome. Trolley rides take you on an educational and entertaining excursion around the complex and for a fee, you can take a 30-minute carriage ride from the hotel to Miller Park and back. The CARTA free shuttle service takes guests to downtown shopping and sightseeing, departing every 10 minutes from the hotel lobby.

The Choo Choo is one of the few pet-friendly hotels in the downtown Chattanooga area, and the only hotel in Chattanooga with a pet running area. There is an additional non-refundable daily fee for pets.

A fun place to stay

We booked this as a fun quirky place to stay and we were not disappointed! The reception area is the old main station entrance and is still beautiful. The carriages were clean and comfortable, although the bathrooms were a little tired.

Still got its charm

Choo Choo Center is not what it used to be - less people, less attractions, many shops are closed. However, it still has it's charm and is a must-visit place for any tourist. You can park right in front of it for free (if there are empty spaces) or right across the street for cheap. There are other neat shops outside the Center worth visiting. All in all seems like 20-30 minutes will be enough to walk around and explore. 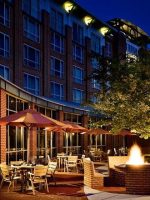 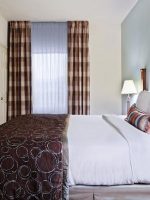 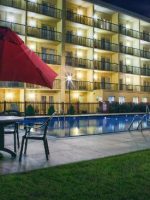 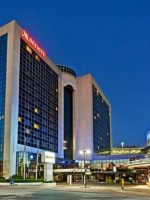 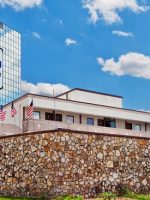 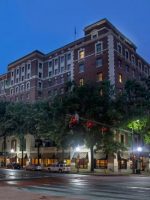