This inn one mile west of downtown Alamosa offers great views of the Sangre de Cristo and the San Juan mountain ranges. All guestrooms come with refrigerators, cable TV with HBO and microwaves. Hotel amenities include free hot breakfast buffet, an indoor pool and hot tub, an exercise room and laundry facilitates. A six-screen movie theater and shopping is nearby.

I had to pick a place to stay overnight in Alamosa unexpectedly due to a snowstorm further north that interrupted my travel plans. This property exceeded my expectations. The front desk staff was super nice, the breakfast was better than typical, and I had a quiet night's sleep in a large room with a fridge.

Ok for a night

Stayed here on 10/24, "around the back" but there is no parking by the door we had to use on the north side. I agree with HUSKERTRAVELER-parking is rather wierd around the hotel.

The bed was great and the linens and fluffy towels were a treat but (agreeing again) the room was freezing and set on AC and 50 degrees when we got there as well. It's fall, a crisp 65 would have even been better. It took awhile for the room to warm up and the 'heater' was rather noisy.

The pool was warm though, hot tub was covered with a bubble topper so we didn't even ask about it. We DID enjoy the warm pool though as we were the only ones in there.

The carpet was dirty though, you know, you can see the 'path'. It does need to be replaced so we just left our socks on until we went to bed.

I thought the room was expensive for a Wednesday night stay, over $100. I asked for a discount as the choice.com site bumped me off and he did give me a 15% discount but wouldn't match the website price.

Breakfast was ok, enjoyed the bacon and fruit. The biscuits were hard and my son said the gravy wasn't warm either nor did it taste good. The juices were "zingy" as he described them. But there was real bacon, so I'm good with that.

The most unusual thing at this property was the 'buddah wishing bowl". As you walked into the lobby, on a table by the couch was a buddah sitting in a bowl with coins around it. I asked about it and they said if you put money in it you are suppose to get good luck...... I've stayed all over the US and at many, many choice hotel properties and have NEVER seen a religious article in the lobby. Just thought that was totally out of the ordinary. 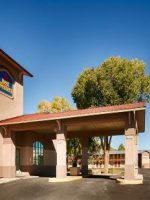 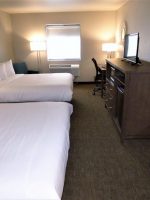 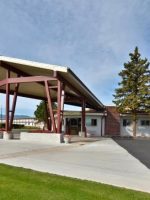 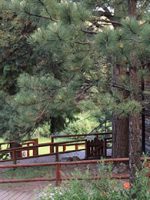