Since opening its first restaurant in 1971, the Common Man chain has transformed New Hampshire cuisine with its mixture of rustic furnishings and good, simple meals sourced from local ingredients. Back in 2001, the company turned its formula into opening an inn, transforming a 60,000-square-foot former wood mill in Plymouth into a 38-room lodging complete with a spa and restaurant. The result is a landmark lodging destination in the sweet spot between the White Mountains and the Lake District, sporting an eclectic “only in New Hampshire” dÃƒ©cor and a commitment to sustainable business practices. Rooms include some with two queen beds — for more privacy, rent the cabin in back of the property, literally named “Cabin in the Woods,” that has two separate bedrooms, two bathrooms and a full kitchen.

Rooms are beautifully designed to bring the outdoors in, with tartan patterns, rough-hewn logs, and pictures of black bears and other New Hampshire wildlife, along with overstuffed pillows and feather-top mattresses that put the “glam” in glamping. In the spa, there is a small heated pool and hot tub with a waterfall. Downstairs, the mill’s former boiler room has been transformed into a cozy restaurant serving creative versions of American comfort food. A more casual breakfast restaurant serves breakfast burritos and sandwiches and omelets until 11 daily.

These people understand hospitality and know how to execute it well. The staff was very friendly and accommodating throughout the facility; inn, restaurant, cafe' and spa. The entire place is very clean. We are quite particular about this and were impressed with their attention to detail. The woodwork, decorations, chandeliers and other hard to reach areas were dust-free throughout. The pet rooms we booked were comfortable and convenient, and showed no indication of prior pets. We'd like to give our compliments to the management and staff for a job well done. We plan to book another stay soon.

Booked this as everything in the area was sold out due to the Holiday weekend. Really enjoyed our time here, it’s a big rambling place but cozy at the same time. Rooms a bit worn but clean and charming and spacious. Lots of comfortable seating in the common areas and the staff was very friendly. Will come back here for sure, maybe with the pup next time. 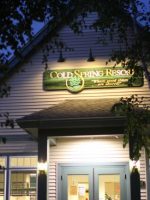 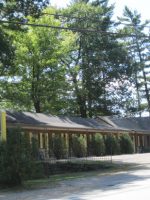 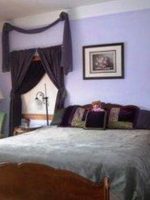 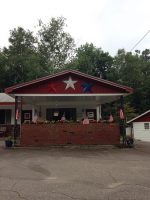 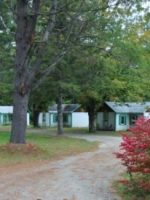