Located in downtown New Haven, this hotel is situated near Yale University. The 207 comfortable guestrooms and suites feature a king or two queen beds, a mini-fridge, CD/MP3 player, coffee maker, flat screen television and a shower/tub combination in the bathroom. Additionally, the spacious suites feature a sleeper sofa. Cribs are available upon request. Complimentary Wi-Fi access is available throughout the hotel so there is never a concern for kids or adults about staying connected to work, school or home. The onsite restaurant, Bistro, is a convenient breakfast and dinner option for families. The fitness center, with its cardio and weight machines, is ideal for those who are seeking to stay on top of a workout routine while traveling.

I thought this place was better than i expected, the ear plugs by the bed were an ominous sign of a loud night ahead but actually it was much better than anticipated, it struck me as being good value - sure, its a standard business travellers hotel, like a Best Western or any of the other relatively down market, stay in for 2 nights and leave type of hotels, but they do try and the staff are very attentive - i enjoyed the hot apple cider that they had on arrival and i found the bed comfortable and the room was equipped exactly as it needed to be. You could do a lot worse than staying here especially if you are just in town for a couple of days on business. Job done.

Yale and it’s location in New Haven has created many boundaries regarding
“good” neighborhoods - near the main parts of the campus; and not very appealing areas. Having stayed at some of the properties closer to Yale, I ventured a little further to check out this Courtyard. First of all, it’s quite a long walk from most of the campus. It’s also in an unsavory area: surrounded by a gas station and the closest food is a Popeyes...nothing like many of the cute cafes and eateries in the neighborhood where most of the other hotels are in. Moreover, the street it’s on is so noisy! It’s almost as bad as staying in a highway. The building is old: built in the mid sixties. From the street the windows are covered in dreary, dingy white sheers - something that’s been replaced seemingly everywhere but here. I’m beyond shocked that it’s never undergone a real renovation. I was shown to a king guest room that was terribly dated, dingy and depressing. When I asked the woman at reception if the rooms were due to be renovated, she said the hotel had undergone renovation “2019”. She didn’t say will be: she said it in the past tense. I’m not sure what was renovated. Perhaps the lobby as it certainly isn’t fifty years old. I’m shocked considering the neighborhood, the distance to the shops, restaurants, museums, theatre, Yale campus, etc, that people actually choose to stay here. Then I heard the room sells for $295 per night. After I looked and saw this so-called renovated room, I brought my bag downstairs and I told the woman at the front desk that I wouldn’t be checking in after all. The disconnect between the price and the poor quality of the room I was assigned (and its unsavory location with a gas station as it’s major landmark) has my head spinning.

The Study at Yale 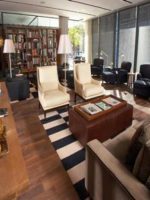 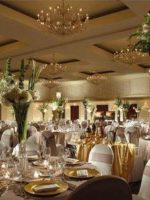 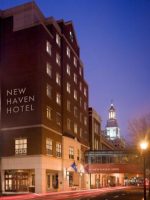 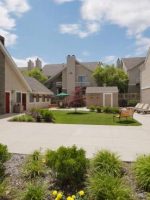 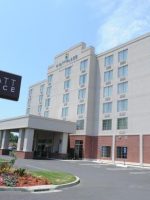