Located in the heart of Charlotte’s SouthPark neighborhood, this hotel is situated near plenty of dining and shopping options and is 5 miles to downtown Charlotte. The Charlotte Douglas International Airport is also not from this all-suite hotel. Kids will love being greeted at check in with a warm and delicious chocolate chip cookie that just melts in your mouth. After a day of traveling or exploring, hang out but the outdoor swimming pool that also features a waterfall. Kids will love playing under the waterfall and swimming in the pool while parents unwind in one of the surrounding pool deck chairs. There is no need to leave your four legged family members at home either because pets are welcome at this hotel for a fee. The comfortable and spacious, one- and two-bedroom suites feature a kitchenette with a microwave and refridgrator in the separate living room area, which features a sleeper sofa. A small dining table and a television in each room can also be found in the suites. Wi-Fi access is available throughout the hotel for a fee. Breakfast, lunch and dinner can also be found at the hotel’s onsite restaurant or cafe.

Son Burned then I got Burned

The most important thing is my son got burned taking a simple bath. The reason was because the water temperature is over 130 degrees when it should no hotter then 118 Max! He got burned trying to add a little hot water to the tub. I checked it the next day and it was still scalding hot. The maintenance man finally came to my room after checking the boiler which it said 118 but he confirmed that it was not 118 for sure in my room. Then the manager said they were turning it down. The next day it’s still over 130 and not fixed. The maid was cleaning the room across the hall and so I asked if I could see if that water was to hot too. She actually knew that the water was way too hot and knew not to touch it. She said that all the rooms were that way. That told me that them need staff did not notify management that there was a problem. The next day I went to Home Depot and got a digital thermometer as the maintenance staff at the hotel didn’t have one to check properly with the temperature was in the rooms. I have attached a copy of the picture of the thermometer showing what The temperature was the next day after they supposedly turned it down to get the hot water cooler.

Then as things progressed they attempted to make amends for my son being hurt which was a credit to my card but at the same time caused a huge issue now with my credit card as they tied up holds over and over again after still issuing credits. This created a whole new problem that I then learned exactly how they felt with dealing with my complaint which actually was a serious safety issue to all guests.

I was surprised that nobody else had notified them or had a problem but it clearly is and it took my son getting hurt to bring it to the attention of the staff which reacted as if it was a problem for me telling them I had a problem and addressing it properly, quickly and safely.

The other major issue with the hotel is the elevators are so old all are broken except one during my week here and no signs indicated they were broken but usually took over 10 minutes at some times to get upstairs to the room via the elevator. The lack of concern and properly handling this serious issue from the desk staff to management again shows that as long as things are not discovered or pushed until a serious issue happens they tend to look the other way or do notCommunicate with staff.

They remodeled the rooms in the rooms are relatively new and nice but that all goes to the side when somebody gets hurt while it’s preventable or you can’t get to your room because the elevators don’t work then it doesn’t matter how nice the rooms are or how well the cookies taste anymore.

Park at your own risk.

Do not park where they tell you to park in the deck behind the hotel. 8 cars broken into the night I was there, including mine. Disappointed I didn't at least receive a phone call from someone at the hotel. 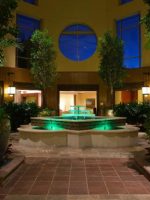 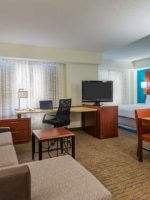 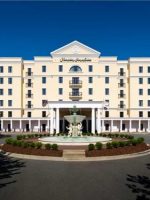 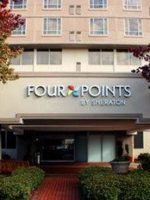 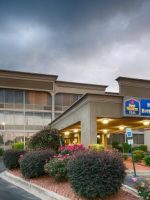