Located on the island of Virgin Gorda in the British Virgin Islands, Gordian Terrace is close to gorgeous beaches, delicious eateries and historical sites. Guests relax in spacious studios or suites adorned in pastel colors and wood furnishings. Suites are best for families as they accommodate up to six guests. All units feature balconies, full-service kitchens and barbecue grills. Snorkeling gear, DVD players and an onsite laundromat are also available to guests.

Just came back from one of my best vacation in BVI, Lauralee really made it happen she sent me my itinerary everything went according to plan, got off the ferry in Virgin Gorda my taxi driver Mr .Gumb was there to pick me up , my rental was brought to me @ the resort I felt like a VIP, beautiful condo with ocean view rooms my house keeper Fransisco did an excellent job keeping my room clean every day had different design towels ,
Went to a concert in Tortola had a great time got back very late in the morning (3:00am) Lauralee waited for me with a friend @ the ferry terminal that was so sweet of her she treated me like family I would recommend this resort to anyone that's planning a vacation to BVI.
Hey Scott didn't forget you bro will touch base with you once things settle down @ work you're the man.
Merrick from NYC. .
06/13/2019.

AWFUL! DO NOT STAY HERE!

We stayed at the Gordian Terrace for one night in July of 2018. Before our arrival, we understood that much of the island was still in shambles due to the recent hurricanes, which is also why most hotels were not yet open. We stayed at Gordian Terrace because they were one of the few hotels that were available, and so we assumed they had recovered enough to operate up to standards. We were extremely disappointed to find out that this was not the case.

After we arrived and were shown our room we were informed that the running water was being fixed and would be working again shortly. Well, the water came back on for approximately 5 minutes of the 24 hours that we were at the hotel. We went to the manager numerous times during this stay, and the manager kept making excuses for the water not working and seemed unapologetic and unconcerned by our problems. We could not shower, brush our teeth, and had no water bottles left to drink.

Before leaving we complained to the owner who seemed shocked and upset that we had to endure this. She pleaded that we do not write a bad review, and offered to refund us the money. She told us to email her when we returned home and she would refund us for our stay. We sent her our information, but with no luck. She responded back with one excuse after another (the bank is closed, the bank takes a couple of weeks to process the payment, etc.), until she finally stopped answering us and never refunded us for our stay.

Overall, this was an awful experience. The staff was unprofessional and unapologetic. I understand the island had some damage, but then this hotel should have remained closed like the others until they were running properly. We feel cheated by this hotel who essentially stole our money with no remorse. If you are going to visit the island I would recommend staying at a different hotel with a more professional, competent staff. 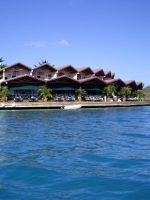 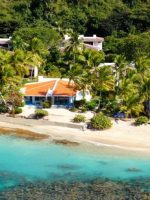 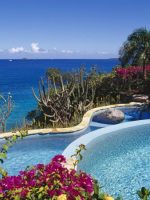 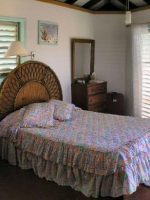 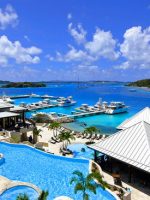