Overlooking Mount Otemanu, this luxury resort is situated on the beautiful blue waters of Bora Bora in a private lagoon. Bungalows on the beach over or over the water are available, with beach bungalows providing direct access to the water or private pools. Beach bungalows are available with one and two bedrooms, as well. The resort features an infinity swimming pools, a guided sailing tour of the lagoon (complimentary), snorkeling, kayaking and boating in the lagoon. Boat shuttles are available to Vaitape, the capital city, for a small fee. Onsite dining is available at Te Ava Restaurant, which is located on the beach for breakfast and lunch, at night converting into La Trattoria. Le Tipanie provides a la carte and buffet dinners. The pool bar and Miki Miki bar provide snacks and drinks.

There are no words to convey how incredible this property is… The staff was phenomenal- friendly, kind, fun, professional. The food was amazing. The customer service was out of this world- the tour when we arrived, the honeymoon t-shirts and champagne, the welcome dock!!!! I never wanted to leave my overwater bungalow- the glass floor, the deck, THE VIEW!!!!! I loved how you could make the resort what you wanted- you could be causal or dressy… You could relax and just veg out or you could spa, do water sports and go on excursions. I loved feeding the fish at breakfast and watching the sunset during happy hour. I LOVED that the property had a sea turtle rehabilitation center and we were able to swim with and visit with the sea turtles. The property was small and beautiful and I can only dream of returning one day. I returned home relaxed and so incredibly content.

Where to begin? Perhaps at the end. Upon arriving at home we realized one of the screen saver pics on our LG TV is actually taken from the beach at the Le Meridien. Having driven all around the main island and boated around it too, the view from Le Meridien is basically the best of the motu resorts on Bora Bora. It is a little closer and has the best angle view of the spire of Mt. Otemanu. As we live in Hawaii and are used to constant beauty we were surprised how impressed we were with the view. It's simply stunning.

We only had a 2 night stay. Upon arrival we were given the option of upgraded rooms if we were willing to move rooms after the first night. We ended up with rooms further out on the walkway, one night with a lagoon view and another with a mountain view (which is more impressive). The move itself was effortless. We were able to instantly switch from one to the next and were even given a ride there. Completely worth it for the 1 minute of effort!

The rooms themselves are beautiful. Ours were overwater bungalows. The bed is one of the best I've ever slept in. It's in the same league as the ones at the Four Seasons Hualalai on the Big Island, which is one of the highest rated resorts in the world. After spending most of the vacation in cheaper rentals, I only slept well here. The foam pillows are the best I've ever used and I'd buy them if I could find them. The glass portion of the floor was amazing. At times we saw a school of 20+ large needle fish. Snorkeling from the deck was so cool! There isn't much to see, as there isn't coral. However, snorkeling around the walkway posts there were quite a few colorful and different types of smaller fish. The rooms felt very private and we didn't hear anything from the others. The view, especially from our bungalow facing the mountain, is as good as it gets. The only minor issue with the rooms is that the drains in the sink don't drain well.

The beach is spectacular. Even if your room doesn't have a mountain view, the beach does. Pretty much the entire property does. They could use a few more lounge chairs, as they were all taken on our 2nd day, but the beach itself never felt crowded. The use of free kayaks and stand up paddle boards was also great.

Take some time to visit the turtle sanctuary at the appropriate time when they have a talk and feeding. We were happy to pay the small charge on our bill to support it.

The staff could not be more friendly and professional.

There was only one small shop we found (aside from the pearl shop), but fortunately you can take the boat to the main island if you want more shops or groceries. We also stayed on the main island, but if you only have a short stay at the resort, it's not worth missing time at the resort to tour the main island. It's beautiful of course, but not a must see. One can easily see it all with a 4 hour car rental.

I'm giving this 5 stars and would love to stay here again. I see no reason to pay 2-10X the price to stay at the nearby St. Regis or Four Seasons, which have slightly worse views. Nothing is perfect, and the following comments may or may not matter to you.

The reservation info provided (booked direct through the Marriott/Bonvoy site) little information about what to expect as far as actually getting there. I had to email to make sure there would be a boat for us at the airport when we arrived (earlier than normal check-in time). Had I not done so, the boat would have been there anyway and it would have been fine. There could be a bit more instruction provided about that upon booking, along with what the somewhat expensive boat ride from the airport costs. If you're coming from the main island, the boat is less than from the airport. Either way, better safe than sorry and confirm with the hotel how you'll get there exactly. Even though we were there before the check-in time, we were able to get to our room without waiting.

There were some issues both using and receiving points. Strangely they charged us $500 for the night we booked on points, so keep in mind you'll be giving them a mandatory loan until your stay if you use points for your stay (at least as of when we booked last May). They return what you don't spend while there. We were able to get it reversed with some effort in contacting Bonvoy. Even Bonvoy didn't think their hotels were allowed to do this but ultimately even they learned they are. This and many other hotels recently merged from Starwood into Bonvoy, so that is probably the cause of some of this. There was also an issue actually getting points from the night we paid for, but ultimately was able to after providing Bonvoy our receipt. Marriott/Bonvoy needs to iron out these kinks in their systems. Bonvoy is at fault, not the resort itself.

As others have mentioned, we had mixed experiences regarding food. We found the meal prices in line with what we'd pay in Hawaii at resorts. They have this weird system where whomever working walks by your table will wait on you, and it might be a different person every time. There were times we asked for water and waited 15 minutes. Service would be much more consistent if each staff member was assigned to certain tables like virtually every other restaurant in the world. The first night, our first very nice server we informed that we were vegan and vegetarian and had to explain exactly what that meant. Two minutes later another server tried to take our order and we had to ask for the first server so we didn't have to re-explain everything. The dinner the first night was good. The 2nd night when we arrived, our same server informed us that with their Mexican-themed menu there were no vegan options, but it was no trouble just walking over to the other restaurant. She even called them while we walked there so they were expecting us without a reservation. We were surprised they actually had a vegetarian menu. However, we sat there nearly 30 minutes before anyone came to our table. We had no water. When we ordered bottled water, after 15 minutes we had to ask someone to please bring it. Our server happily told us everything on the vegetarian menu was actually vegan, and she informed us she knew what that meant and that the manager assured her and she trusted him. We were served squid ink pasta, which is not even vegetarian. We asked the same server who claimed to know about vegan food why it was black and she happy proclaimed it was squid ink and walked on, making clear she didn't know what vegan meant. The manager clearly didn't either. We were completely grossed out by this. The manager apologized but had no explanation as to why we were served this, and why it didn't say the pasta was black and almost certainly also made with eggs. He didn't charge us, and we went back to our room to eat peanut butter and jelly sandwiches we'd brought from Huahine, LOL. He also met us at our departure and apologized again. If you are a vegan or vegetarian we suggest triple checking about the menu and bringing your own food. The first night we were told there was no vegan desserts and our server checked with the other restaurant, but still nothing. It turns out indeed if someone was better informed they would have known there were both vegan magnum ice cream bars and Ben & Jerry's vegan ice cream on site and always available at one of the bars. Again, we'd still happily stay here again despite this issue. However for the hotel, it seems important to address, as we could have had allergies to milk or egg and this is why some people choose vegan items even if not vegan. For some people this could be a religious issue, and the resort needs to be more careful about having accurate menu information for those reasons.

In the scheme of things, we didn't stay there for the food, and as seasoned travelers we had known to bring some food with us just in case. There are small fridges in the room where we kept what needed to be kept cold.

Not being wealthy, this was a one time splurge for a bucket list experience we thought would be once in a lifetime. After actually experiencing it, we may have to make it twice in a lifetime! 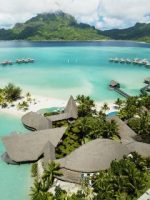 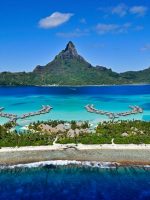 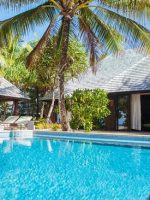 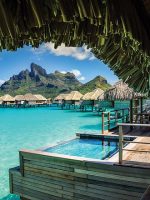 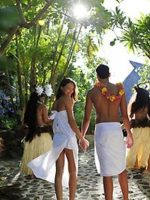 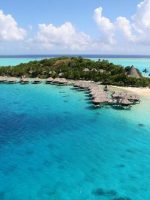