Located about 4 miles from popular Mondello Beach and right in the heart of historic Palermo, this French hotel chain is a comfortable and affordable choice for traveling families. A complimentary European-style buffet breakfast with lots of pastries, cheese and cereals starts your day. And there’s a laundromat right next door that will wash, dry and fold your laundry for very affordable rates.

GOOD BUT SOME QUALIFICATIONS

Our agent booked this hotel for us so - as unlike the rest of Italy - this was our first trip to Palermo and so we had no prior experience. the hotel is modern, clean and comfortable in all respects however there are a few "ifs and buts". The oddest one being we arrived on a Sunday by air from Florence and went looking for some lunch. The hotel restaurant was closed, so we went out. Everything was closed in the area, not even a humble bar. We went back to the Mercure and to the bar which was open and appeared to offer bar snacks We were told this was not possible.We decided then on room service only to be told that the "kitchen was closed". The hotel info sheet said not, but we were told this was wrong. We went back to the bar to drown our sorrows when further prodding produced a ham and chess sandwich. Very odd. Another guest travelling alone told us he was refused seating at a table for two in the restaurant (plenty of tables available)as this was a table "set for two and he was just one"...he was being directed to join other people at a larger table.until he insisted and was finally permitted to sit at a table for two. More odd behavior on the dining front. The staff are efficient and while not rude, they are not engaging. The area around Mercure is seriously grubby, making the hotel something of a clean oasis, but it is not as "centrale" as you might imagine, requiring a cab ride to practically anywhere of interest unless you'r keen on walking long distances. Nothing seriously wrong with Mercure, but you might find better options more "centrale".

This hotel though very old has been totally renovated. It is centrally located. Stayed there twice. Clean rooms and bathrooms. The beds (as in most of Italy) are pretty hard as well as the pillows. They serve Breakfast every day. I would stay there again. 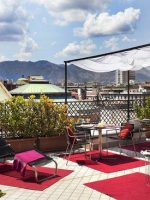 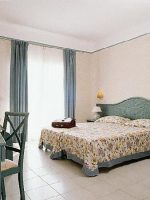 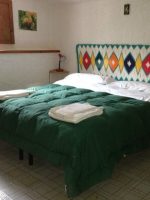 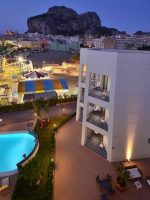 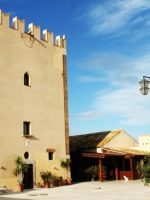