Most families flock to the Caribbean to sift their toes in the pearly white sands. But in Dominica, the attraction is not the relatively few beaches on this 29-mile-long isle, but a lush mountainous interior ripe with every tropical fruit and vegetable imaginable. Around every bend is another raging waterfall, a serene swimming hole nestled in the thick bush, or a hidden hot spring to rest your weary body after a day in the outdoors. Indeed, this former British colony closest to Martinique, has become an affordable haven for the active traveler who yearns to hike through a jungle-like forest, scuba dive and snorkel on living reefs, and sea kayak in sheltered coves with little if any boat traffic. Sure, you can still lounge with a good book, but it won’t be on an overdeveloped strip of sand. You’ll be high up in the hills at an eco-resort like Papillote Wilderness Retreat sipping fresh passionfruit juice or rum punch and listening to the calls of birds.

Papillote’s owner Anne Jno Baptiste first came to Dominica from the States in 1961. Eight years later, she bought a seven-acre chunk of land enveloped in the rainforest that she would cultivate into a flower-rich botanical garden and one of the Caribbean’s first eco-resorts. Once you arrive, you’ll want to walk the trails, a luxuriant and tangled growth overflowing with indigenous orchids, begonias, and bromeliads. There’s no secret why Dominica remains so velvety green while other Caribbean locales like Aruba and the Turks & Caicos look so arid and brown: the heavy downpours, with some parts of the island like Papillote receiving more than 300 inches of rainfall annually.

Like the flowers she’s nurtured, almost everything inside Anne’s property comes from Dominica. In the dining room the red cedar chairs, stone walls, and wrought iron wainscoting are all native. So is the food, fresh from the surrounding farmland and sea.

The Hummingbird and Breadfruit Suites are best suited for families. Both rooms have one queen sized bed and two single beds. The Breadfruit also has an additional double bed in its three rooms. Both suites have private baths and verandahs, where you can relax after your long day and listen to the birds in the rainforest. It's an easy walk from the suites to the main dining area.

Rebuilding to be better

The Papillote was destroyed by hurricane Maria in 2017 - garden stripped, guest rooms totaled. They are in the process of rebuilding. We, as long time visitors, were offered a pre-soft opening stay. Only 1 room was completed, but it was excellent. Actually a suite with 2 bedrooms, 1 queen bed and 2 single beds, kitchenette, living room, bathroom with a natural spring hot tub and a patio with an amazing view down the Roseau valley, including vivid sunsets. The other suite was still under construction but will be similar. There will be 6 (I think) smaller rooms on the ground floor. If this had been our first visit we would have been impressed by the garden. It is not was it was, but it is on the way. The restaurant has closed and it is questionable if it will reopen. They expect to be really open for business in the fall of 2019, potentially earlier. Note this wilderness retreat is not handicap accessible.

This is a historic site, carved into the rain forest on the side of a dormant volcano...

The rooms are clean and well equipped but don't expect 600ct sheets or the most modern bath or furnishings. Private patios outside your room and ours ( #10) had a natural hot spring hot tub at the door. Wake up to hummingbirds and bird calls and a lovely breakfast in the restaurant.

Let the children walk through the gardens as soon as you arrive. You'll no doubt spot frogs, one of the 17 varieties of butterflies, and hummingbirds. The water supply for this tropical oasis is not only rain, but natural springs that feed the many hot spring pools at Papillote. These are well-used after days of hiking, especially if you take a guided trek to the island's famous Boiling Lake.

Dominica's volcanoes might be dormant, yet there's still fire in the belly of this island. The Boiling Lake is one of the highlights of a 7-hour round-trip hike inside Morne Trois Pitons National Park, on the south-central part of the island. Walk over muddy trails through a dense forest of tall gommier trees, used to make dugout canoes, and past the massive trunks and aerial roots of the banyan-like chatagnier trees, some more than 300 years old. Soon, you'll make your ascent out of the darkness of the rainforest canopy, accompanied by purple-throated hummingbirds who stick their heads into red heliconia flowers. Climb up and down a series of hills to finally arrive at the rim of the crater known as Boiling Lake. The second largest lake of its kind in the world, steam emanates from this cauldron of bubbling water where temperatures top out at 198 degrees Fahrenheit. Make sure the kids don't get too close to the edge!

A much easier stroll for younger children is a 15-minute walk from Papillote to Trafalgar Falls, one of 14 major waterfalls in the country. The Breakfast River careens down the hillside to actually form two waterfalls in one, with the higher Papa and lower Mama plunging over boulders, like blonde ponytails dangling from one big mountainous head.

One of the most relaxing ways to see the rainforest is on your behind, sitting inside a tube as you flow down the island's longest river. The Layou River gently slices through a gorge, soon opening up the dense jungle-like interior as you flow down. The hour-long jaunt ends far too quickly. Another good way to get deep into the rainforest without too much work is to take an hour-long ride on the aerial tram. Glide above the rainforest canopy as a naturalist points out many of the fascinating trees and ferns that make this a green oasis. Many tour companies combine the tram with a dip in the mysterious Ti Tou Gorge. Inside this dark narrow chasm that filters out sunlight, you feel like Jonah swimming through the ribs of the great whale. Kids will enjoy hearing their screams bounce off the cavernous walls.

Soufriere, on the southern tip of Dominica, is home to many sea kayaking and snorkeling adventures. Paddle along the rugged coastline, escorted by dozens of thin needle-nose fish that fly in and out of the waves. An hour later, exchange kayaks for snorkels and hover above little tiny bubbles the locals call the Champagne Pools. Geothermal vents in the ocean floor allow the hot air to rise. Sponges are hidden within the nooks of the reef. And schools of black-striped sergeant majors can be seen floating above the brain and elkhorn coral.

Back at the hotel, don't expect a full range of kids' programs that tend to be the norm at other Caribbean destinations. Like many eco-resorts, Papillote prides itself on letting families design their day's activities. Dominica is that rare island where parents want to be on adventures with their kids, not away from them.

Papillote offers a MAP plan that includes breakfast and dinner. By all means, take advantage of this opportunity. First of all, you're in the middle of the rainforest, with few other choices for food nearby. Second and most important, the food on premises is wonderful. On early Saturday mornings, Anne scours the food market in the capital city of Roseau, a 20-minute drive away, to bring back a bevy of local produce like pineapple, passionfruit, mangoes, starfruit, tangerines, guava, and grapefruit. You'll be dreaming about her fresh squeezed passionfruit juice long after your return.

The green bananas and breadfruit are used as a starch like potatoes, pumpkins and papayas found in her soups. The menu also includes fresh tuna, blue marlin, and prawns, no doubt caught by fishermen that morning. The French influence of neighboring Martinique is evident in the Creole-style of cooking, with hot pepper sauce always on the table to spice things up a bit. There's usually a Barbecue Night, with grilled ribs and chicken. For dessert, opt for the creamy banana flambÃƒÂ©.

All tours, be it hiking, tubing, sea kayaking, snorkeling, whale watching or touring Roseau can be set up at the hotel desk. In fact, you can have your whole vacation planned before you even arrive. With roads that twist and turn, rising and falling dramatically, Dominica is not an easy place to drive around. The only flat land on the island is the airstrip that accommodates small planes. Let the hotel pick you up from the airport for an extra charge.

Getting There
Most flights originating in America transfer in San Juan, Puerto Rico. Taxis from the airport to Papillote cost around $30 per adult and is about a 90-minute drive. As mentioned above, having someone else drive is preferable to renting a car.

The Art of Smart Timing
The dry season for Dominica is January through May. Pay particular attention to this fact or you'll be dressed in a rain jacket and carrying an umbrella for most of the trip. Obviously, January, February, and March are also the high-season months, but fortunately Dominica is not a very expensive island. If you can somehow push your trip back to mid-April, when the shoulder season rates start to apply, you'll save even more.

Mom and Dad are Family Too
Kids might enjoy the hot spring, but it's nice to have a natural pool for two. Inquire at the front desk about babysitting, which is usually available. The walk to Trafalgar Falls is also nice to visit in the early morning, before tour buses arrive. So sneak away during this quiet time and it will be you, the birds, and the butterflies. 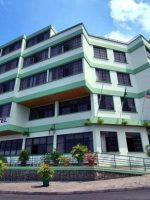 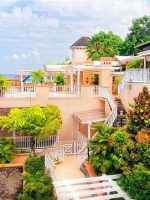 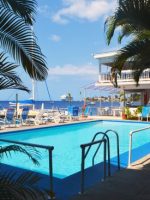 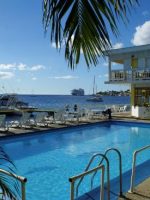 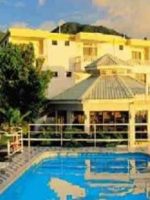 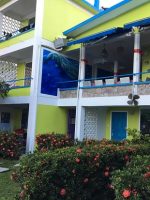