When we arrived around 7pm, the tiny lobby was crammed with other guests who had arrived only to be told their rooms were not ready. When one guest mentioned that the promised check-in time was 3pm, she was told it was because too many people had checked out that day and housekeeping was just “behind”. So maybe hire some additional housekeepers for days your property is busy?

Despite the fact that I always try to add a note to reservations indicating a preference for a higher-floor room, we were given a first-floor room near the office, where we heard every word of every conversation that went on in the parking lot all night. As we approached the door, we noted probably a dozen obvious dents in the metal door, as if it had been attacked with a baseball bat. The door did not close particularly well, as it appeared to be mis-aligned with the door frame which itself was rusted and dirty.

The room had a stale, unpleasant odor, as if someone had smoked in there recently. (Yes, I know it’s a non-smoking property. Just reporting what we experienced.) After driving much of the day, my daughter was eager to turn on the TV and relax, but we quickly found that about a third of the channels on the TV were not watchable, obscured by heavy static or interference, or in some cases just offering a blank screen. This included Nickelodeon, which was very upsetting to my daughter. It also included TNT (which meant that in the middle of the major league baseball playoffs, I was unable to watch), both HBO and Cinemax (which the guy at the desk claims they don’t even offer, although the channels were labelled as such on the TV), two of the cable news networks and two of the main broadcast networks. Front desk guy promised us he would have a technician fix this issue “first thing in the morning”.
That never happened, nor were we offered any follow-up information.
I had to call again immediately because we noticed that water was dripping out of the bottom of the refrigerator and soaking the floor in front of it. Front desk guy came over this time, took one look at the situation and shoved a towel into the freezer. This did stop the leak, but again we were promised maintenance would take care of the problem, and they never did.

I then tried to pass time working on my laptop, but the wifi connection dropped constantly, and even when working was so slow as to make it useless. (Was taking close to 5 minutes to open common websites.) I was told that “we’re sorry, but there’s nothing we can do” because there are just too many guests trying to use the network. Is that an excuse for not providing a service you advertise as part of the room? Does the hotel just not prepare for occasionally being busy?

Closer inspection of the room revealed visible hair in the bathtub, on the bathroom floor and hanging off the wall around the shower. The air conditioning unit – which is of a type that I haven’t seen since the 1970s – was rusted, dirty and ineffective. I wrote my initials in the dust accumulated on the desk lamp. The sink hangs at a slight angle to one side.

As a final bit of salt in the wound, I was not offered a paper copy of my receipt at checkout (my fault for not asking as I just wanted to leave there so badly), and then did not receive an email copy. When I was able to locate my folio online later, I found I was charged an “optional safe fee”. Now this was a small amount, but I did not use a safe while there. I was not asked if I wanted to use a safe. I honestly don’t remember if we even had a safe in the room. Regardless, what gives them the right to charge me an “optional” fee for something I neither wanted, requested nor was told about?

Before booking, I urge everyone to look at the reviews on the hotel's own website, which are consistently awful. Follow up emails to corporate were useless and greeted with no apparent concern.

Avoid! Stay away. Sleep in your car if necessary. 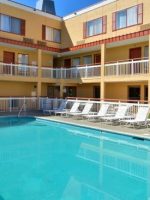 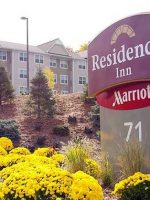 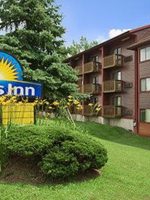 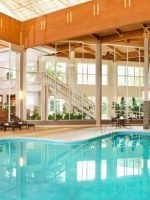 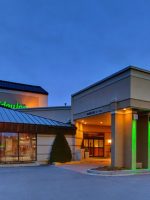 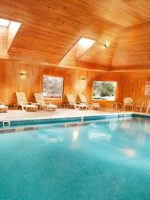