Situated on Hayden Island on the Columbia River between Washington and Oregon, the Red Lion Hotel offers guests terrific views. Rooms that will suit families include the 450-square-foot, two queen bed guestroom and the family suite, which offers an extra 200 square feet to spread out and two queen sized beds together with a connecting room, a fireplace and a queen Murphy bed stored in the wall of the living room. The family suite features courtyard views from your two private balconies, and includes all the amenities of all the Red Lion Hotel accommodations, free Wi-Fi, plush pillow-top beds, refrigerator, microwave, coffeemaker and cable with HBO on a massive 55-inch, flat-screen TV. The beautiful seasonal outdoor pool, hot tub and courtyard area looks out over the river and provides an unexpected luxury resort atmosphere.

Booked through Hotel Tonight APP! Did not dissapoint!

This hotel was really nice! Literally has two beds with one restroom. I came here for a trip to just really chill out in Portland so I just needed a place that was clean to sleep. Everything about this hotel was really good! From speaking to the concierge to checking out.

- Super quick service
- Clean
- Restroom was good. ( trust me , I been to places that required me to hold down the lever for 30 seconds for a full flush )
- The hotel is really close to other restaurants / fast foods chains.

Never had worse treatment at a hotel

So…Maybe I’m old school, but I thought hotels were in the hospitality business. We felt anything but hospitality at Red Lion Jantzen Beach.
Definitely my worst hotel experience ever. And we were there for NINE nights! We were there for a convention so moving to a different hotel was not an option.

Way too long of a story with way too many details to write here so I am going to spare you the long version. But...

Upon check-in we reminded the clerk we were part of the convention and needed to be near the other attendees. The bottom line was we were unhappy with our room from the beginning and we were absolutely refused when asked multiple times to be moved. They wanted us to believe there was no where to move us, but since we were at a convention, we knew MANY associates that arrived after us that got rooms on the side of the hotel that we had pleaded for earlier. This is a very long hotel with basically two sides separated by a large lobby, so a very long trek from one side to the other, especially for the demographic of this convention which is older women. The placement of the room was imperative in our case due to the nature of the convention (we sell out of the room). This convention has been held at this hotel before, and they are quite aware of how it works.

At one point, the first evening, an unknowing desk clerk was handing us keys to a new room, when a manager appeared and plucked them away. As you can see, this makes no sense.

Now, I see after the many poor reviews written here, someone from the hotel sends a canned answer apologizing and offers of help. Please! After our many complaints, letters to higher ups, and securing an attorney, I never felt Red Lion wanted to be of help. In fact, for a small refund they would require me to sign a waiver to never talk about, post on social media, or return to any of their properties! A hell no! I see from other reviews I was not the first to feel discriminated against. There was no other way to feel after the way we were treated.
Red Lion…please do not come on here and further insult me by posting any kind of apology or offers of help for the benefit of those reading this. 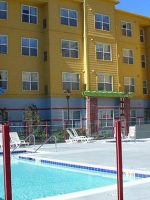 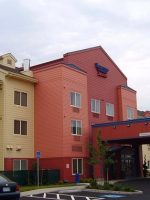 BEST WESTERN Inn At The Meadows 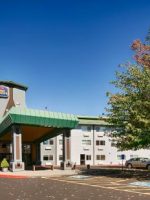 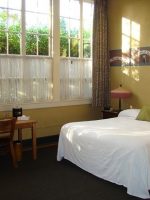 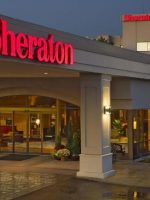