Treat the family to a stay at this ever-so-colorful and cheery hotel in the heart of the beautiful Palm Springs desert. Amenities include an outdoor pool, onsite family dining at Tinto and El Jefe, daily shuttle service to Downtown Palm Springs from 1 to 9 p.m., laundry services, complimentary Wi-Fi, The Saguaro Spa, and use of cruiser bikes. This hotel is pet-friendly, as well. Rooms feature iPod docking stations and private balconies or patios.

Room 207 "Pool View" was nothing of the sort. We saw a sliver of the pool, the bar and the backside of three cabanas. This was pool adjacent without a view. Overall the property is worn. The layout is a maze and not every door is marked. It took me the good part of the first day to figure out the most direct routes to the lobby.
No coffee, anywhere, before 7 am. No coffee makers in the rooms. OK, I get it. Big expense, extra maintenance and it's probably a liability. But at least have complimentary coffee, or a good quality coffee vending machine somewhere on the property. I'm an early riser, asked at the front desk and was told Starbuck in the Ralph's Grocery store is open across a six lane boulevard. I was told the same thing the night previous when I had a craving for a snack. No shop for snacks or essentials in the hotel. No vending machines. Go to the grocery store. Not good.

Went down for Coffee Sunday morning, after 7, they had run out of coffee sleeves and regular milk. I suppose I could have run across the street to get them milk at Ralph's since they had me running there all day the day before.

It's a party hotel. Music playing out at the pool all day into the night. It wasn't obnoxious, but guests should be aware.

We were also sold a "renewed room". Tub spout looks like it could be twisted off by hand. Excessive Dust in the bathroom fan. Other than that the room was fine. Bed comfortable. Large mini fridge.

Hallways had interesting smells, from the cleaning solutions. Outside grounds not well maintained. Interior pool area had overgrown shrubbery and giant steel mesh walls that took up an inordinate amount of space. Just seemed like a waste of space and added to the "maze" of getting through the property.

Nice Restaurant that always seemed closed. Even on the weekend when they have brunch, I kept checking to see if it was opened. The thing is, the food was great!

Food is served in El Jefe bar which boasts 100 tequilas. The menu is modern mexican and the chefs there really know how to put it all together. We had room credits because of the package we bought and so it made sense to eat there. It did not disappoint. Shrimp tacos, Citrus cured steelhead trout bagel and avocado toast with eggs. The relishes and marinates were spot on.
Not to the management. Take advantage of this gem and promote the hell of it; you have a winner! Lot's of mediocre restaurants in PS.

Old and worn out hotel.

This hotel is rated four stars at priceline, believe me, that’s not true! The place is run down, the decor and furniture are just cheap and old! The rooms are noisy, you hear every step that’s made above you and the lighting is insufficient. The ground floor, street view, rooms have a terribly ugly wall just in front of their terrace. There are no outlets next to the bed and on one side there wasn’t even a lamp. The a/c was so dirty, that it’s hard to describe and you hear the noise of the a/c in the next room! The deckchairs and mattresses next to the pool are super dirty, you don’t want to lay down there! The checkin time is 4:00 pm, in my opinion way too late and if you are told that you are going to be called when your room is ready, don’t believe it. 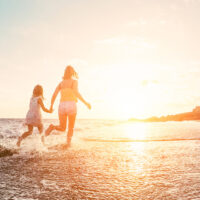 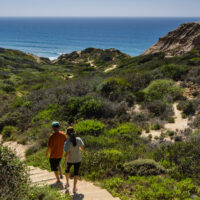 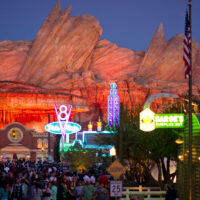