The SpringHill Suites Erie offers extended-stay accommodations for families visiting Erie, Pennsylvania. Each room is a suite with a kitchenette that includes a mini-fridge, microwave and coffeemaker. The largest suite has two double beds and a sofa bed — perfect for families. Suites with one king bed and a sofa bed, and suites with a king bed, sofa bed and Whirlpool tub, are also available at this Erie, Pennsylvania family hotel.

Other perks include an indoor swimming pool, fitness center, free breakfast, free Wi-Fi and free parking. What’s not to love?

Kalle was great on check in. Kim was nice on check out . Both very helpful and sweet. Our jacuzzi suite was very nice. The jacuzzi worked very well. The bed was very comfortable. There is also a nice sitting area outside with a roaring fire pit, tables, chairs and great music! Also a nice nitch for those folks who are smokers. Only one tiny complaint that the air conditioning units can be a bit loud when trying to sleep. Overall a nice place to stay.

Back in July, we booked a one night stay in a King Suite w/whirlpool at this SpringHill Suites for travel in mid-October.

Fast forward to October -- approximately one hour prior to our arrival at the hotel (around 4 p.m.), we received an email stating they no longer had a room for us!! They informed us that they had secured an "equivalent" room at one of their "sister hotels" that was "right across the road" -- trying to make it sound like it was no big deal...

However, a red flag went up BIG TIME when they mentioned the hotel brand that "equivalent room" was at... Ummm....that brand is not typically nearly as nice and usually don't have nearly the same amenities, or room set ups, that SpringHill Suites do!! I mean, just the per night price listed is a HUGE clue -- currently on the Marriott website the room we had booked at SpringHill is listed at $145 and the "equivalent" room they tried to put us into is listed at $107 -- so yeah...NOT exactly "equivalent"!

But initially, trying to "go with the flow" we decided to call to inquire further about the room that was now booked for us and we it was a "regular" room with 2 queen beds. Our original reservation had been for a room that had a King bed, a couch/sofabed AND a whirlpool. I don't know about you, but a small room with 2 queen beds - no couch - no whirlpool - is in NO way, shape or form "equivalent"!!

The biggest reason this was an issue is due to the fact that I broke my collarbone awhile back and still can't sleep in a "regular" bed because my arm needs to be supported (thus us booking a room that included a couch w/an armrest as well as a whirlpool to hopefully help alleviate any aches/pains I may have had after traveling in a car for hours). SO this wasn't just a "minor inconvenience" for us -- it was a pretty major problem!

We inquired if we had ANY other options -- and were told “no"... and NO APOLOGIES!! I think that's what bothered me the most -- 3 months of careful planning -- with good reason -- and then we were "dismissed" by the SpringHill Suites -- like it was no big deal... It WAS a ‘big deal’ to US and caused us a major headache!! My recommendation is to STAY ELSEWHERE! 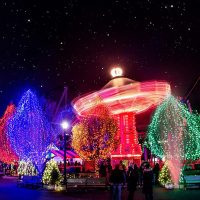