Featuring an outdoor seasonal swimming pool, the Sugarloaf Mt. Motel offers easy access to downtown Bend. Local attractions within walking distance of the motel’s location include the Bend River Promenade, the Sun Mountain Fun Center, River’s Edge Golf Course, Des Chutes Historical Museum, Pilot Butte State Park and more. Many of the Standard Rooms at the hotel are able to sleep four guests. Amenities at the hotel that families will appreciate include complimentary breakfast and free Wi-Fi access. The motel’s convenient location places a variety of restaurants within easy reach.

The room was decent and that is the only good thing I can say. We checked in late on Thursday at the end of July. We did not realize until the next morning that the AC was not working in our room. Which explained my very poor night's sleep. I called the front desk and they said they would send someone to look at it. We left for a day of sightseeing and then to the Balloons Over Bend night glow. We again did not get back to the room until late. The AC was still not working and there were no signs anyone had been there. There was no message waiting from the front desk. Nor had they called me to let me know anything about it. Another terrible night's sleep due to the heat. The next day when we checked out, I asked for an adjustment to my bill for the inconvenience. I was told the manager (Kalyssa Claus) would have do do that and that she was in a meeting and they would have her call me. I never received a call back. After returning home to NC that Sunday, I called 4 times over the next 2 weeks, leaving messages for Ms. Claus with no return calls. On the 5th attempt, she actually took my call and then informed me that she could not make an adjustment, she would have to talk to her manager about that and she would call me back in a few hours. It has been over a month and no return call. I guess they won, because I finally gave up. Being in the customer service business myself, I hold every business to a very high standard and these people failed miserably. We stayed at 6 different motels during our trip throughout Oregon and everyone was spectacular. This being our last stay was so disappointing to end on this note. The breakfast provided was barely OK. I would not stay here again, nor would I recommend it to anyone.

Below average hotel, above average price

We pulled in here after a long day of driving, but we should have looked elsewhere. The wifi was hard to get on, extremely slow, and kept kicking me off. The location was very noisy from street traffic adjacent rooms. The room is showing much wear and tear. No guest laundry facility. Very unimpressive overall. Riverhouse on the Deschutes 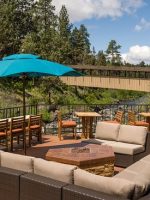 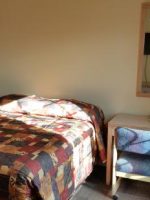 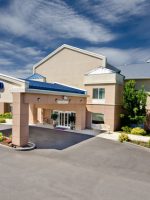 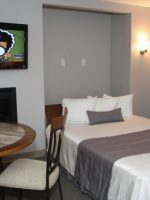 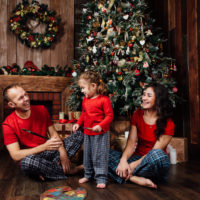 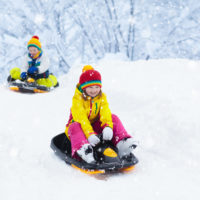