The appeal of the Taber Inne & Suites is right there in the name: Suites. Unique among Mystic, Conn.’s family accommodations, the Inne offers families space to spread out in mini-apartments that give everyone plenty of elbow room to relax. The hotel has been family owned for 40 years by several generations of Tabers, who are still active in its management, and has a real bed-and-breakfast feel, with the friendly staff happy to fill you in on the history — and gossip — of the surrounding town. It’s a nice antidote to the more cookie-cutter motels and chain hotels in the area.

The Inne’s origins lie in an old-fashioned motor inn, and it still retains that feel in the drive-up accommodations off of the main parking lot. In addition, the property has acquired several adjoining houses over the years, spreading across the road to create a vacation complex with a variety of accommodation styles.

In keeping with its roots as a motor inn, the property doesn’t offer too many frills beyond accommodations and an indoor pool. If you are looking for an all-inclusive resort with organized children’s activities and onsite dining, you’d best look elsewhere. But if you are looking for friendly and spacious accommodations close to all of the action in Mystic, the Taber is a great bet.

The Taber Inne & Suites complex includes some 40 rooms in five different buildings. Even the standard motor lodge rooms are large and spacious, with big comfortable beds (a king or two doubles) and small flat-screen TV's. The front rooms open up onto a patio in back with space for kids to run around and get some exercise.

Most families will gravitate to one of the five suites. The small family suite includes one room with a queen bed and another with a full and a twin. In addition, it includes a mini-kitchen with a microwave, refrigerator and coffee maker; a gas fireplace; and a bathroom with a two-person Jacuzzi tub and a standup shower. The two larger family suites include one king and two full-size beds, along with real fireplaces -- complete with Duraflame logs -- and a kitchen with a microwave, toaster and hotpot. These rooms also have larger whirlpool-style tubs. Across the street, two two-bedroom suites are available for longer stays of several weeks at a time, and offer more seclusion from the busyness of the rest of the inn.

DÃ©cor is a bit dated in appearance, but the solid antique red oak and cherry furniture is an alternative to generic hotel furniture -- and no expense was spared on the mattresses, which are comfortable and pillowy. Cribs and rollaways are available for charges of $10 and $25 per night, respectively.

Nice location away from downtown. Large rooms with jacuzzi and fireplace, but tv was small, and there wasnt a fridge or microwave! Breakfast was cereal, bagels or coffee cake. Indoor Pool area was nice.

Well located in beautiful Mystic. Well sized rooms spotlessly cleaned. Breakfast was more like eating at home with freshly backed coffee cake etc, and was made even more enjoyable with the presence of Maggie Taber. Maggie started the hotel and at 91 still delivers attentive service that separates family run from commercial.

The Taber Inne & Suites proudly touts the largest indoor pool in Mystic, and it will be an inevitable draw to the little ones at all times of year. Measuring roughly 25-by-40-feet, the pool is a good size for splashing and swimming with newfound friends, ranging from 3-to-5 feet in depth. The pool is located inside a separate pool house building, which has been recently renovated to include showers, lockers and a non-skid floor.

Apart from the pool area, the Inne is scant on kids programs and activities -- which usually isn't a problem in summer given the variety of activities in the Mystic area. But if your idea of a vacation includes time relaxing in the room while the kids are busy, you'll have to bring your own entertainment. The Inne is a short (two-minute) walk from a small beach area that is open during summer months and includes a children's playground and occasional summer concerts.

In addition, the Taber Inne & Suites offers discounted tickets of up to $40 off for families to Mystic's two largest attractions: the Mystic Seaport, an open-air museum that recreates a busy, 19-Century seaport, complete with tall ships and costume interpreters teaching visitors about all aspects of the seafaring life, and the Mystic Aquarium & Institute for Exploration, small by aquarium standards, but with plenty of interactive exhibits to get close to the animals. The Aquarium is particularly popular for an exhibit on the H.M.S. Titanic, featuring an 18-foot scale model of the doomed ship.

Other family-friendly activities in the surrounding area include the Children's Museum of Southeastern Connecticut, which features an outdoor treehouse and other fun play areas in nearby Niantic; Dinosaur Place at Nature's Art Village in Montville, which surprises kids with life-sized dinosaur statues scattered around a woodland nature trail; and Groton's Submarine Force Museum and its submarine Nautilus, the first nuclear-powered sub, which is now accessible to visitors for tours.

The Inne features a continental buffet breakfast every morning from 8 a.m. to 11 a.m., served in a seating area with a few high tops. Conveniently, trays are provided so you can take breakfast back to the room for the little ones. The spread includes cold cereal, oatmeal, fresh fruit, bagels, and muffins, with extra treats like fresh cinnamon rolls on summer weekends.

There is no onsite restaurant, however, across the street, the Mystic Market features a deli with takeout sandwiches and entrees -- penne vodka, beef stroganoff and the like -- along with gourmet cheeses and jellies and regular staples you can use to stock the kitchenette. Next door, family-friendly and affordable Avanti Restaurant serves up pizza, burgers and Italian favorites with a kids menu that includes grilled cheese, chicken fingers, and mac n' cheese.

All About the Extras
Just off the pool area is a small workout room with a few machines, including two exercise cycles and a stairmaster.

The Inne does not make babysitting referrals, so plan ahead if you'll need it.

The Art of Smart Timing
The Taber Inne & Suites is open year-round. The most popular time, of course, is the summer, when Mystic and the rest of the Connecticut seacoast fills up with tourists in search of sun, sand and sailboats. Rates and crowds, of course, also tend to be higher that time of year as well. With its heated indoor pool, the Taber Inne is better situated than most to take advantage of the shoulder seasons of May and September, where the weather is often pleasant, but crowds are sparser. Mystic also provides a nice home base for fall foliage season, which hits the far south of New England around mid- to late-October.
Getting There

Most tourists heading to Mystic fly into Boston's Logan International Airport in Boston, which serves all major national and international airlines, and is a two-hour drive away from the Connecticut coast. Taxis are available for the drive for approximately $200 one-way. Once in Mystic, however, be aware that the Taber Inne is about a mile out of the town center, just far enough away to make walking impractical (though shuttle buses from Southeast Area Transit run routes through town).

Alternatively, it's sometimes possible to find cheaper fares to T.F. Green Airport in Providence, R.I. or Bradley International Airport outside of Hartford, Conn., both of which serve most national airlines including bargain carriers Southwest and JetBlue. The airports are approximately 45 minutes and one hour, 15 minutes away from Mystic, respectively. Taxis are available for around $150 from each.

For Mom and Dad
Mystic may be known for its maritime heritage, but it's also in Casino Country -- and Connecticut's two top-spots for blackjack, poker, and slots are both within a half-hour drive. Foxwoods is older and bigger, with more of a nightlife scene. Mohegan Sun is smaller and fancier, with great live music acts. Both have a number of great upscale and casual restaurants. And it's not necessary to leave the kids behind either -- both Foxwoods and Mohegan Sun have drop-off arcades where the kids can play video games while you hit the craps table. 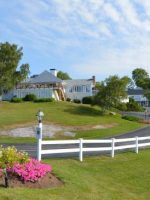 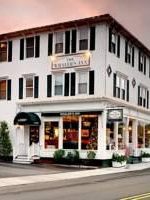 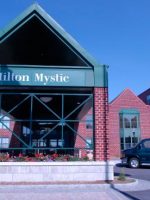 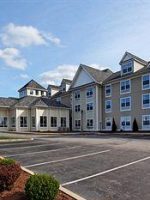