The Westin enjoys its own private beach in Cancun. Hosting 380 guest rooms and suites overlooking the bordering sea or lagoon, the accommodations feature airy decor with balconies or terraces. Feeling luxurious? The Royal Beach Club units offer a private pool. Three restaurants offer distinct ambiences and local cuisine. Sea & Stones, an outdoor restaurant, serves meals cooking on piping hot stones. Your children will go crazy over the four outdoor pools. If not, the beach is mere steps away. The Westin offers a children’s program for kids ages 4 to 12. The program runs a variety of daily activities and events, keeping kids happy and occupied. Some of the activities including making piÃƒ±atas, Mexican arts and crafts, movies, and playground time. A surcharge includes fun vacation accessories for kids, like a disposable camera, a canteen and a discovery pack. Private babysitting services are also available.

Beautiful hotel, wonderful staff, great beach what else could you ask for? I would definitely recommend the Westin, This is a 5 star hotel, all the staff is top notch, they bend over backwards to make sure you are happy and enjoying your stay.

I’ve stayed in Westin hotels and resorts all over the world, and this was by far the most disappointing- from check in to check out, there was nothing very special about it. All the staff were very friendly and helpful, sadly that’s where the positives end. Check in was a mess - we arrived to start a Globus tour, with 1 single room and 1 twin room, for 1 night with breakfast included - check in took over 45 minutes! first we were all put in a triple room, til I worked out what was going on then explained we have 2 rooms, then we ended up with 3 rooms (can’t complain), however I paid for the ocean view and it was my friend who got that room, not me, which I did not know til we had all gone to our rooms, so very annoyed I did not get what I paid for, and couldn’t be bothered with the check in desk to sort out or I may have had no room at all! I had to find my room myself, no map, no pointing of direction or even what floor number it was on. Luggage took another 40 minutes to turn up. There was so much sand in my room, and in the bed, it was very uncomfortable. The air conditioning was loud and cluncked in and out all night and I turned it off and it was very hot in the room and the previous guests had set the alarm clock for 3.30am!!! Which then went off, and I thought I’d turned it off, and it went off again and again so I unplugged the clock and it continued to count it’s alarm, I was very tired and very unhappy. I was sick of the alarm going off so I went to the gym - the gym was very nice, but had no TRX bands at the massive TRX station, which was weird. Also BYO water bottle, no cups for water dispenser.
For a late lunch I ordered what I thought was tacos, turned out was just a salad, a very very small salad for a very expensive price, it was not nice at all and came with crackers, very strange.
Then we tried to order dinner, we were told to eat it at the bar, which was fine. Dinner was ok but again quality for the price did not match.
Breakfast was not the usual Westin standard, we decided that it was because it was not in high season, though the price still reflected an expansive buffet, which it was not, it was ok but certainly not wow. We were then tried to be charged for breakfast, which was included in our tour, again wasted our time at check out. And again at check out they had us staying for 2 nights and kept telling us we won’t get a refund - we are on a tour staying 1 night, the bus was out the front ready to leave!
There is some hotel tax we also were told to pay, which is usually fine, but again, we’re told by our tour company we shouldn’t have paid it.
The beds are not the usual heavenly beds, they are quite hard, the complimentary bath products are not the usual standard either.
We are back there again in a week, I hope it’s better for our second stay. What a messy stay. 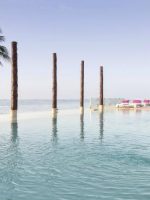 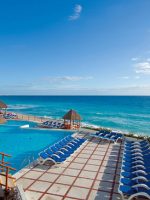 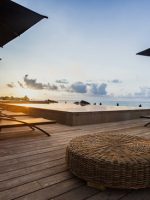 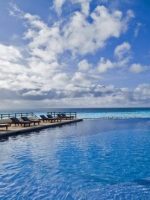 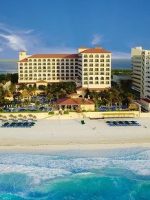 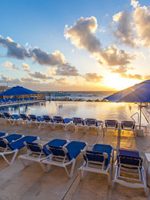