You’d be forgiven for thinking that the Bar Harbor Grand Hotel dates back 150 years. Modeled after a Victorian grand hotel that used to be the place to summer in Bar Harbor, it exudes old-school elegance in its design and dÃƒ©cor. However, the Bar Harbor Grand isn’t one of the oldest hotels in town, but one of the newest, built in just 2003. In a short-time, it has also become one of the most popular places to stay in town, as much for its dÃƒ©cor and service as for its enviable location on a hill just above Bar Harbor’s town green, close by to all of the town’s restaurants, and a short drive from Acadia National Park.

The hotel is modeled after the Rodick House, a behemoth of 400 rooms built in 1866 that was once the largest hotel in Maine and played host to Rockefellers, Carnegies, and Vanderbilts in the early days of the Gilded age before they began building their own “summer cottages” (mansions) on Acadia’s rocky shores. At a more modest 70 rooms, it’s not quite the size of its predecessor, but the Bar Harbor Grand Hotel still retains enough character to evoke that era. It’s also not quite a luxury resort, but a very comfortable hotel, with spacious rooms far above average in size (and a few that are downright enormous), a large breakfast buffet, and outdoor pool and hot tub.

The Bar Harbor Grand Hotel is a Witham Family Hotel.

Deluxe Rooms
A full 64 out of the 70 guestrooms in the hotel are Deluxe Rooms; 39 have two queen beds, and 25 have one king bed. The rooms are very spacious, each with a sofa and ample room for a rollaway bed for a fifth person. Rooms are decorated in a grand style with rich gold and burgundy accents, and modern fixtures with a nod to the Victorian age (four-poster beds, heavy curtains, table lamps with curved shades). Beds are supremely comfortable with Englander pillow-top mattresses, and the air-conditioning is surprisingly quiet and unobtrusive. All rooms include a refrigerator, flat-screen TV with complimentary HBO and DVD player, coffee maker and free Wi-Fi.

Suites and Family Rooms
The hotel also has four, Two-Bedroom Suites with three queen beds each, which can accommodate up to six people. For true luxury, the hotel offers two more Family Rooms that are each easily the size of two hotel guestrooms put together. They each feature two queen beds, as well as a queen-sized sofa bed, perfect for large families of up to six people wanting to share a single room. All of these rooms are decorated similarly to the deluxe rooms, and share the same amenities: refrigerator, flat-screen TV with complimentary HBO and DVD player, coffee maker and free Wi-Fi.

Rollaway beds and Pack N' Plays are available for free upon request.

We stayed five nights in the first week of November while visiting family in Bar Harbor. The location is within walking distance of several great restaurants and pubs, which was really convenient because parking in limited in the downtown area. The room was good-sized, with adequate seating for three (amazing!). The rooms are furnished with mini-split AC/heating units, so you can keep a climate that's comfortable to you. We had a king size bed with a down comforter--we turned the heat off at night (temperatures were in the 20s and 30s) and were cozy and comfortable. Everything was squeaky clean, and a minor plumbing issue was resolved promptly. The included breakfast was pretty good as such things go.

Check in and check out were very easy, and all the staff members we dealt with were cordial. When we checked out, the staff gave us a gift bag that included two aluminium water bottles, some specialty teas, and some really great, locally packaged trail mix.

We have used several different Bar Harbor lodging options in the past, including a luxury hotel and B&Bs. The Grand was a great fit for our needs: a clean, comfortable hotel with modern plumbing and a great location. We will definitely book at the Grand when we return to Bar Harbor.

We stayed 2 nights in early November. Since our stay with them hinged on them being able to keep our bags after check out for a couple of days while we camped out in the national park, we wrote to them before booking. They agreed over email, but refused to honor the agreement when we arrived. We were rudely told that their staff must have misread, that there was nothing they could do for us, that they could not take responsibility for their 30 staff members if something was to happen to our bags, and then they charged us $50 to keep our bags in one of their unbooked rooms. Outrageous attitude, and very rude manager. We will not stay again.

Pool and Hot Tub
The Bar Harbor Grand Hotel has a 25-by-40-foot pool in the back that is heated to 82 degrees, as well as a Jacuzzi hot tub heated to 102 degrees.

Amenities and Packages
The hotel offers a library of G- and PG-rated DVD's for rent for $1 a piece. A gift shop on the premises sells kids' books, stuffed animals and blueberry soda. The hotel also offers packages that include a cruise with Acadia Nature Cruises, a tour of Acadia National Park, and/or a sail aboard the windjammer sailboat Margaret Todd.

Area Attractions
The hotel's location in downtown Bar Harbor makes it easy to venture out to boat cruises, comedy shows, shopping, and restaurants.

Complimentary Breakfast Buffet
A stay at the Bar Harbor Grand Hotel includes a complimentary breakfast buffet that overflows with cereal, muffins, hard-boiled eggs, waffles, French toast and other breakfast options to fill your stomach before a big day out on the trails.

Area Restaurants
While the hotel doesn't have its own restaurant, it is a short walk to literally dozens of family-friendly restaurant options, including seafood, Italian, burgers and pub fare.

All About the Extras
Fitness Room
A small fitness room is located in the basement with a treadmill, exercise bike and free weights.

Laundry
A coin-operated washer and dryer are also located in the basement near the fitness room.

Babysitting Services
The hotel carries a list of experienced babysitters available upon request.

The Art of Smart Timing
The Bar Harbor Grand Hotel is open between early April and early November every year, though it does the bulk of its business during the high season from late June to late August. Rates drop dramatically in the shoulder season of May and September, but then again, so do temperatures, so bring a heavy jacket. While Bar Harbor is full of the energy of tourists and kids during the summer, many visitors think Acadia National Park really comes into its own in September, when the roads are less crowded and the foliage has begun to light up the trees.

Getting Around
Surprisingly, a car is not necessary to enjoy Bar Harbor or Acadia National Park; the free Island Explorer shuttle makes trips between downtown and all of the hotels, as well as making several routes through Acadia National Park and the rest of Mount Desert Island. Those taking their own cars will need to get a weeklong pass for the national park at the visitors' center, available for the bargain price of $20 per vehicle.

For Mom and Dad
It's worth getting a babysitter for the night to catch dinner at the Bar Harbor Inn, a luxurious hotel with a romantic view of Frenchman Bay and a menu of decadent classics like lobster sherry pie and filet mignon with wine sauce. As a fellow member of Witham Family Hotels, the Bar Harbor Grand Hotel offers several packages that include discounted dinners at the Inn. 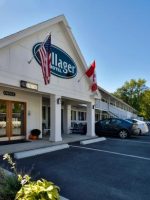 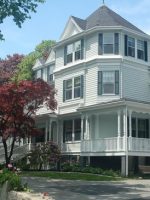 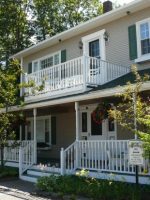 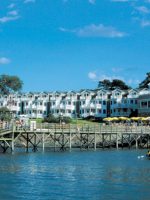 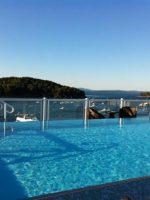 See All Bar Harbor, ME Hotels 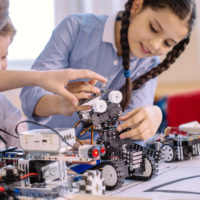 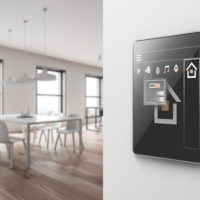 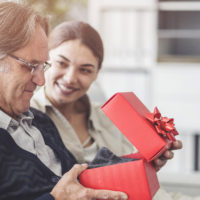 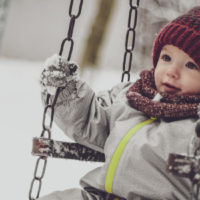