In 2020, a brand-new theme park will open in the United States: LEGOLAND New York will debut for the summer season and anchor an entire 500-acre resort. In addition to this new park, theme park fans can anticipate the first-ever Mickey Mouse ride-through attraction, the debut of Marvel’s Avengers at Disneyland, and over a dozen new roller coasters across the U.S. and North America. 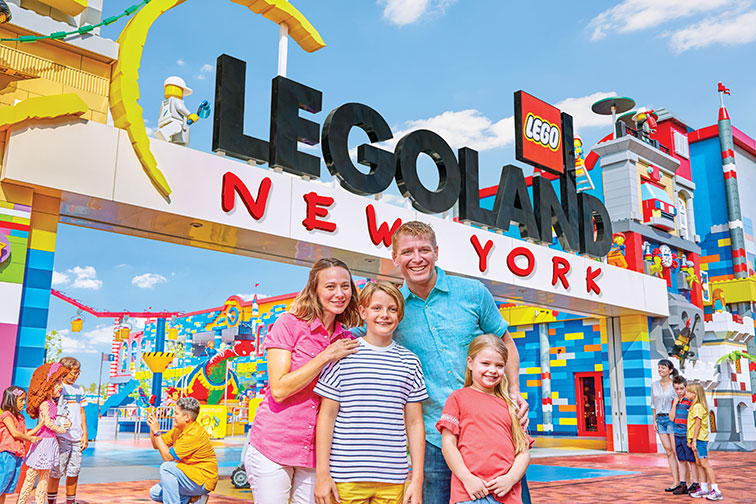 On July 4, 2020, a brand-new amusement park opens 60 miles northwest of New York City. LEGOLAND New York in the Hudson Valley town of Goshen will be the largest LEGOLAND theme park ever built on 150 acres, with more than 50 rides, shows and attractions.

Like every LEGOLAND Park, LEGOLAND New York will contain a Miniland panorama of LEGO-built landmarks from across New York state and the country. 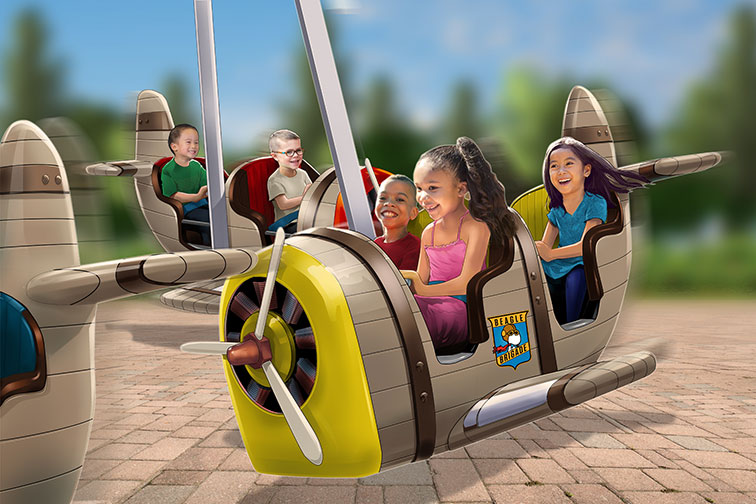 Six suspended airplanes soar and swing along an oval course with sharp banked turns. Beagle Brigade Airfield will be located at the Planet Snoopy kids’ area of Canada’s Wonderland. 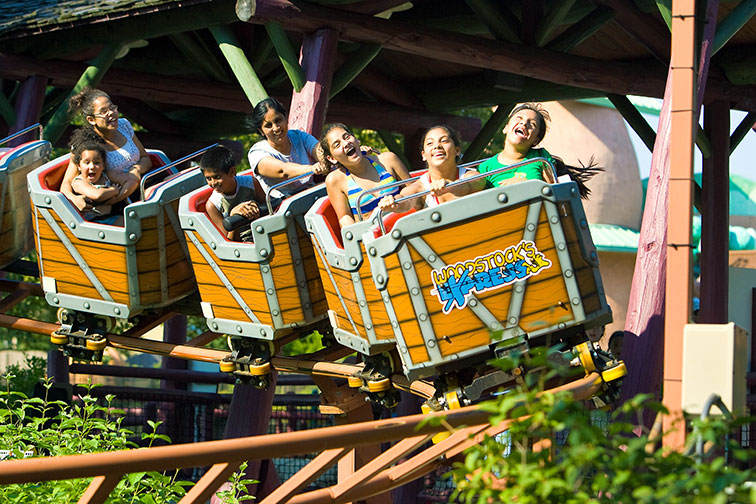 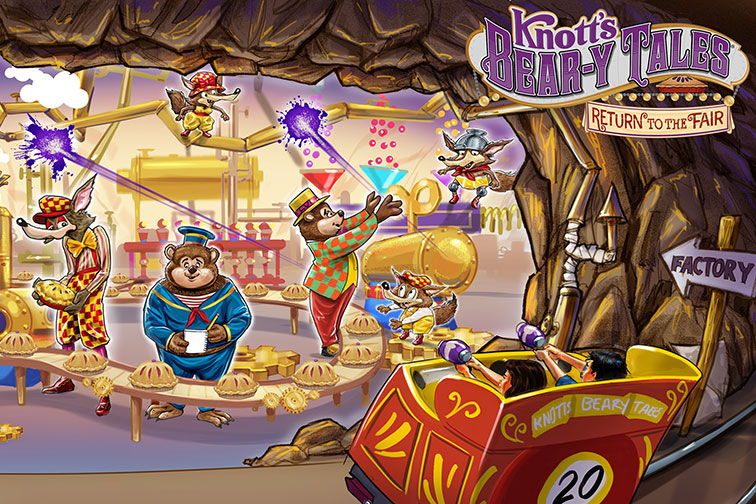 This 4-D dark ride is a sequel to the original Knott’s Bear-y Tales, and returns in time for Knott’s Berry Farm’s 100th anniversary. Knott’s Bear-y Tales: Return to the Fair is an interactive attraction where guests use jelly blasters to recover stolen boysenberry pies as they travel to a celebration at the fair. 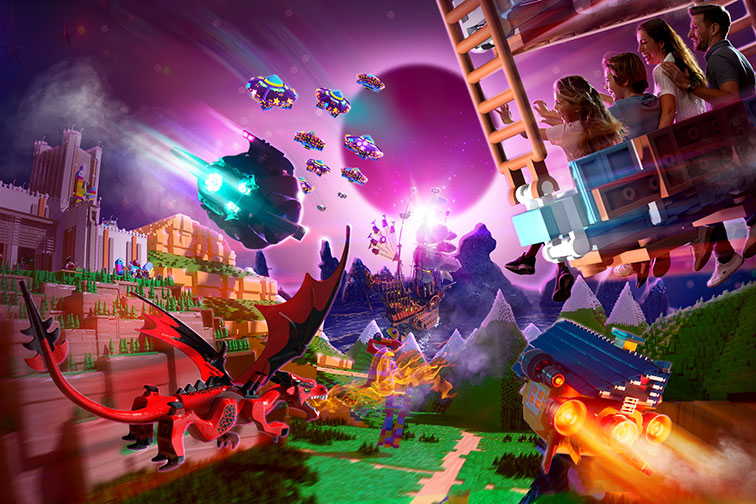 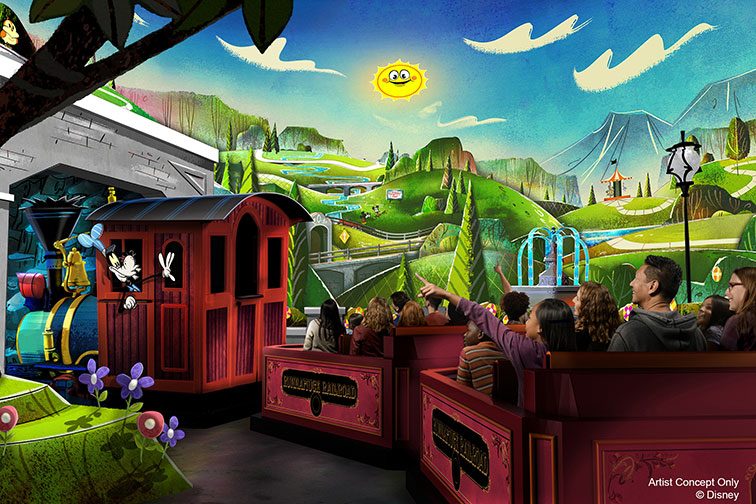 When Mickey & Minnie’s Runaway Railway opens March 4, it will be the first Mickey Mouse-themed ride to open at Disney World! The state-of-the-art, 3-D ride is located inside the park’s iconic Chinese Theatre at Disney’s Hollywood Studios, and takes families on a journey through Disney Channel’s Mickey Mouse cartoon shorts. 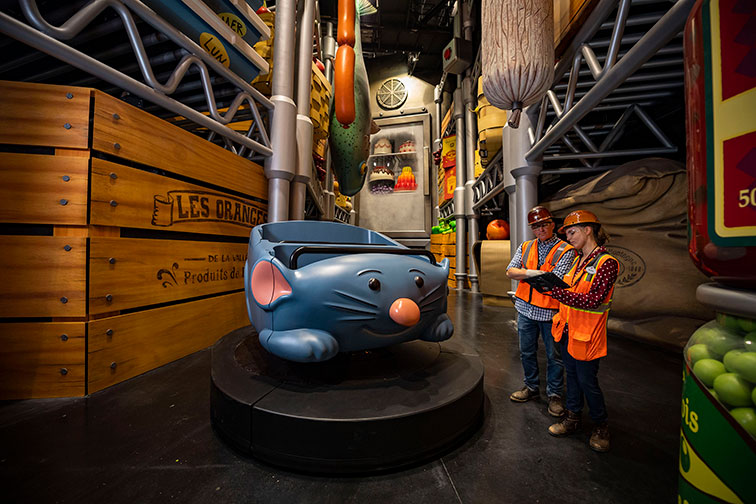 Starting summer 2020, guests can step inside a “Mouse-car” and go on an adventure with Chef Remy (the rat star from Disney Pixar’s Ratatouille) through Gusteau’s restaurant in Paris. Remy’s Ratatouille Adventure will be located in the France Pavilion of Epcot’s World Showcase, where a new Beauty and the Beast Sing-Along film also debuted on January 17, 2020.

Guests become stray puppies on a quest to find their forever home when The Secret Life of Pets: Off the Leash opens in spring 2020. The original voice cast from Illumination’s animated films reprise their roles in this technologically advanced ride that blends live, dimensional and animated characters with hyper-realistic media and projection mapping in a bustling New York City landscape. An entire-themed land devoted to Marvel’s Avengers super heroes opens at the Disney California Adventure theme park in Anaheim. Avengers Campus will contain multiple rides and attractions including Disney’s first Spider-Man attraction. The Worldwide Engineering Brigade (WEB) has guests in Web-Slinger vehicles helping Spider-Man round-up Spider-Bots. In the Pym Test Kitchen, Ant-Man and The Wasp will grow and shrink food before your eyes.

Throughout the land, families can meet up with Marvel Super Heroes such as Doctor Strange, the Guardians of the Galaxy, Black Panther and his elite guards, the Dora Milaje, Thor and Iron Man. 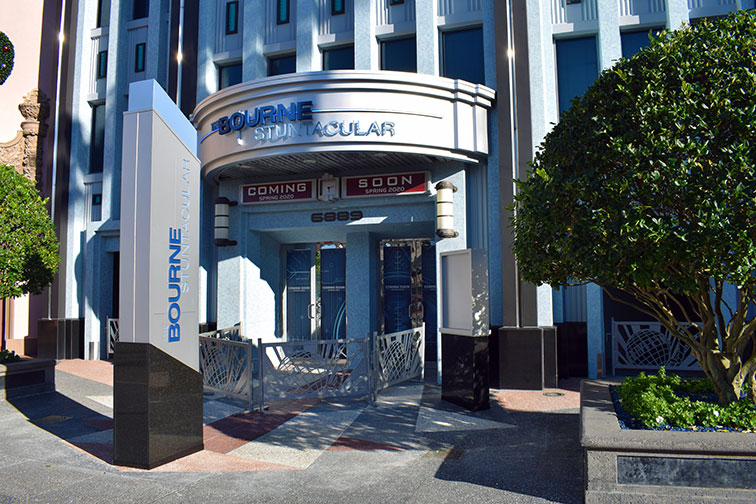 Fans of the Jason Bourne films starring Matt Damon should head to Universal Studios Florida when the Bourne Stuntacular live-action show opens in spring 2020. The show follows Jason Bourne on a chase around the globe, blending live performers, interactive props, and a massive LED screen. 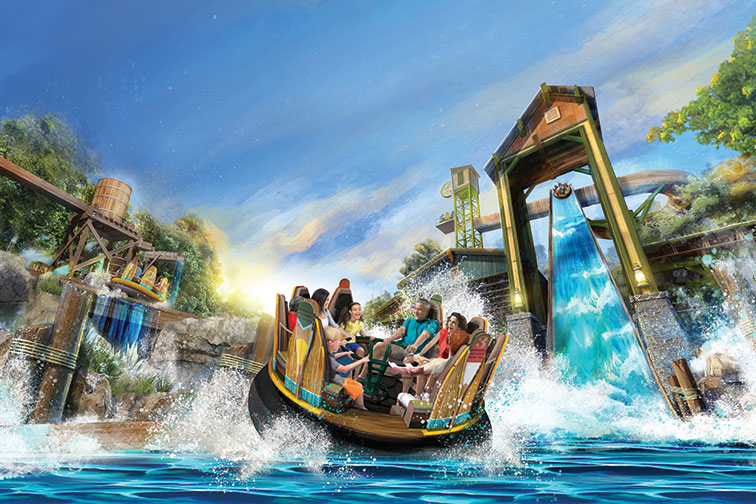 The signature attraction of a new Rivertown area of Silver Dollar City is Mystic River Falls. This family friendly raft ride takes 5 and ½ minutes to follow a nearly half-mile water channel. Along the way, the raft ascends an 82’ tall lift tower before dropping down a 45 feet waterfall – the tallest raft ride drop in the western hemisphere. 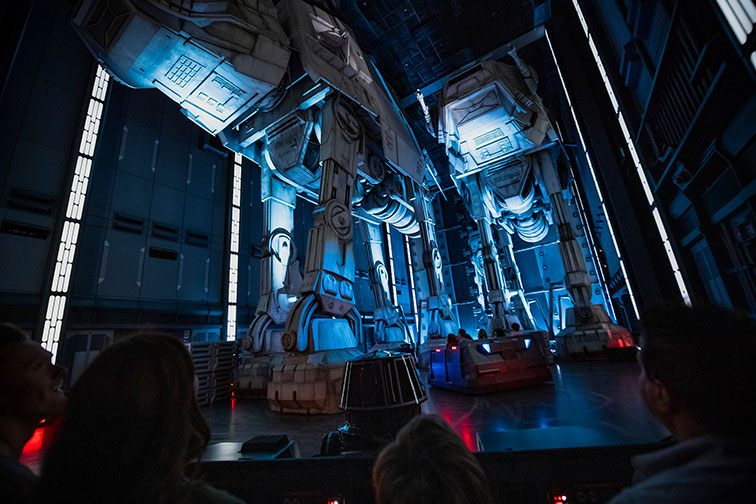 Best New Rides and Roller Coasters for Tweens and Teens 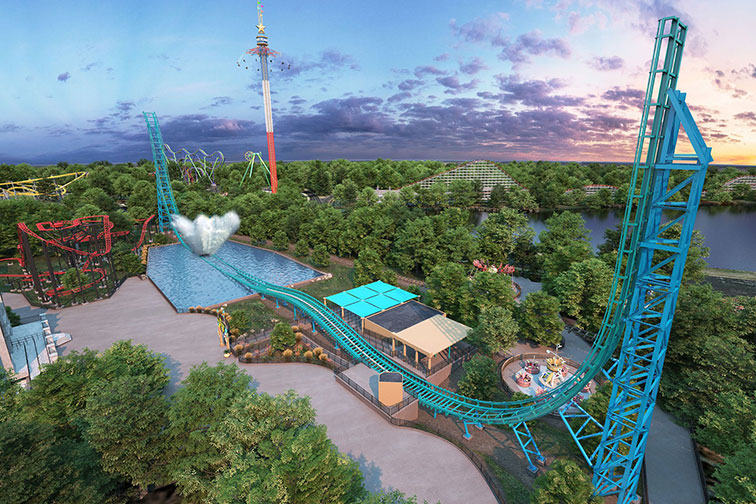 Aquaman Power Wave is a launched coaster that shuttles back and forth between two 150-foot towers with 90-degree drops. The ride features forwards and backwards launches and reaches speeds over 60 mph before its massive splash down. 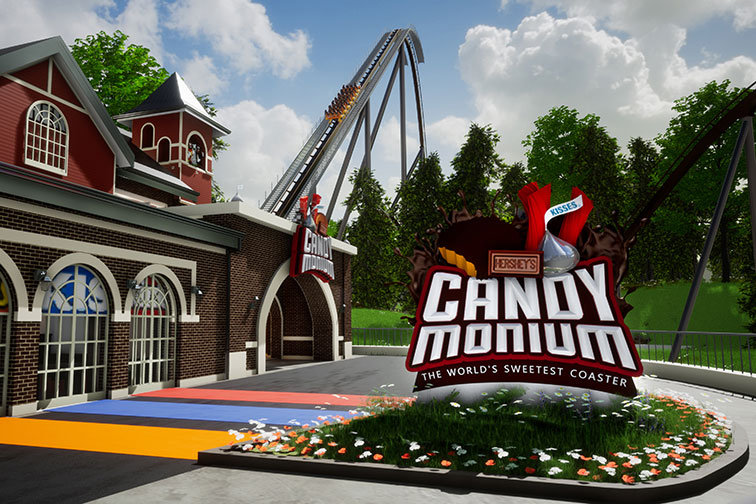 The 15th roller coaster at Pennsylvania’s Hersheypark is a 210 foot hypercoaster that reaches speeds of 76 mph over its 4,636 feet of track. Candymonium will be the tallest, fastest, and longest coaster in the park. Riders will need to be at least 54 inches to experience the ride, which lasts about two and a half minutes. 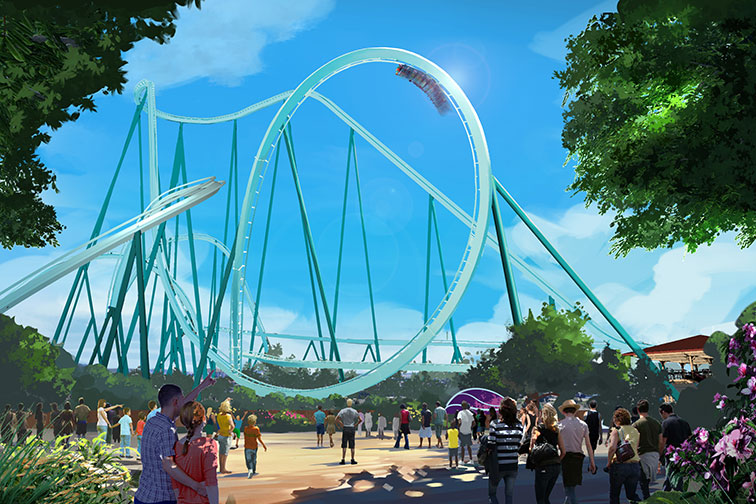 Named after SeaWorld San Diego’s penguin colony, Emperor will be the tallest, fastest and longest dive coaster in California, and the only floorless dive coaster in the state. Climbing to 153 feet in the air, riders will be suspended at a 45-degree angle before plunging down a 143-foot vertical drop at over 60 mph into multiple inversions. 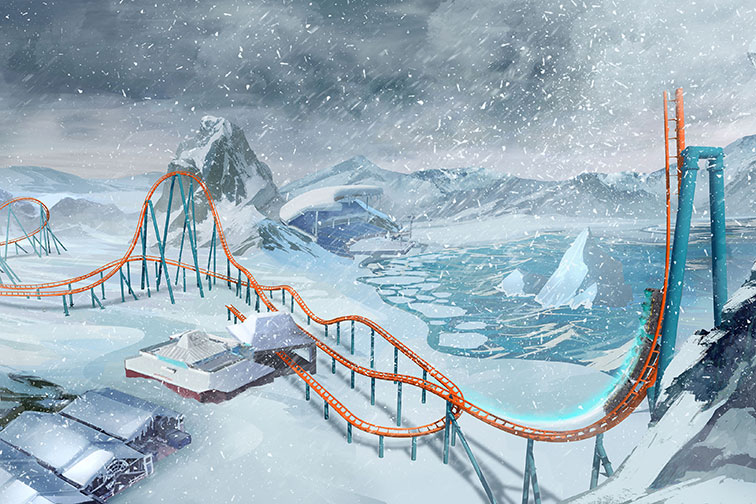 The first launch coaster for SeaWorld Orlando will have four launches, both backwards and forwards, culminating in a reverse launch into the steepest beyond vertical drop in Florida—a 93-foot tall spike with 100-degree angle. Reaching speeds of 52 mph, riders will need to be 48 inches tall to ride Ice Breaker. 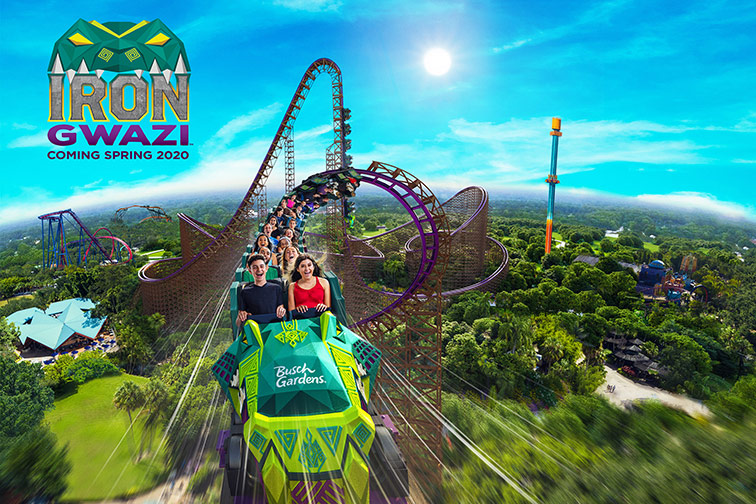 This wooden and steel hybrid coaster will be the tallest in North America and fastest and steepest hybrid coaster in the world. Iron Gwazi will be 206 feet tall, feature a 91-degree drop, and reach top speeds of 76 mph. The journey will include three inversions and require riders to be at least 48 inches tall. 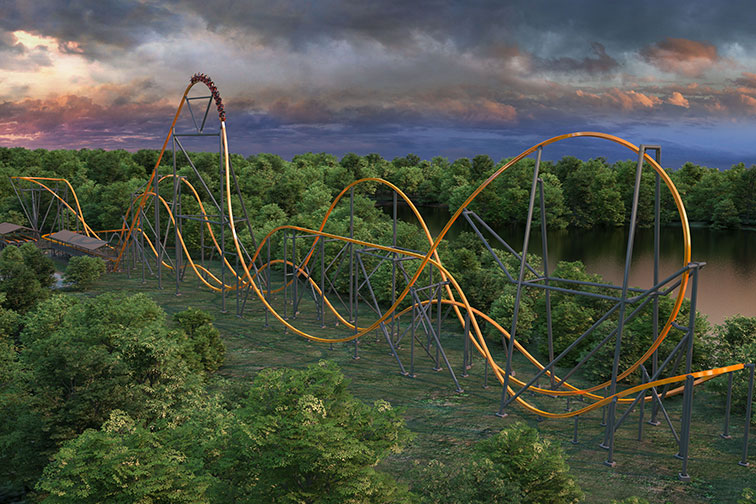 Jersey Devil will be the world’s tallest, fastest, longest single rail coaster when it opens at Six Flags Great Adventure in 2020. Rising 130 feet and reaching speeds near 60 mph, riders will straddle the single-rail track and experience multiple inversions.

Themed to represent a vehicle that will travel to a new planet in the Orion constellation, Orion will plunge riders down a 300-foot drop as it reaches speeds over 90 mph. The new giga-coaster, having a height or drop of 300 to 399 feet, will join a group of only six others in the world. 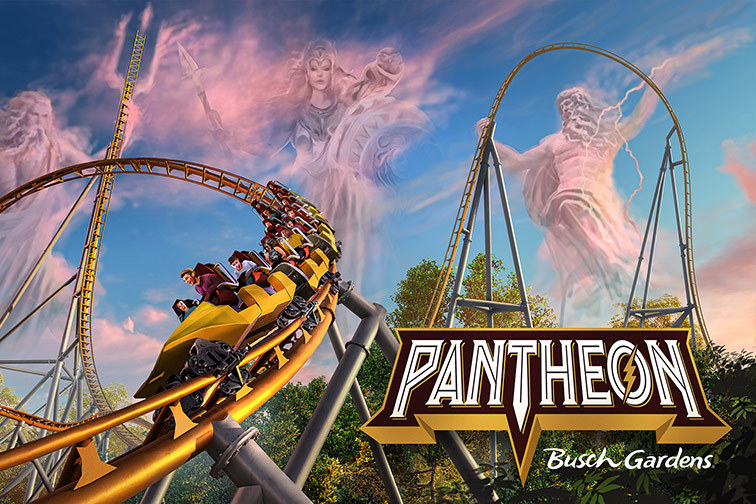 The fastest multi-launch roller coaster in the world will reach top speeds of 73 mph when Pantheon opens at Busch Gardens Williamsburg. Pantheon will be 180 feet tall with a 95-degree drop, four launches (both forward and backward), and two inversions.

This spinning “mad mouse”-type family coaster will include an animal exhibit of live snakes and reptiles as guests wind through the coiled queue. Sidewinder Safari will have over 1,300 feet of track and feature cars that experience 360-degree spins. 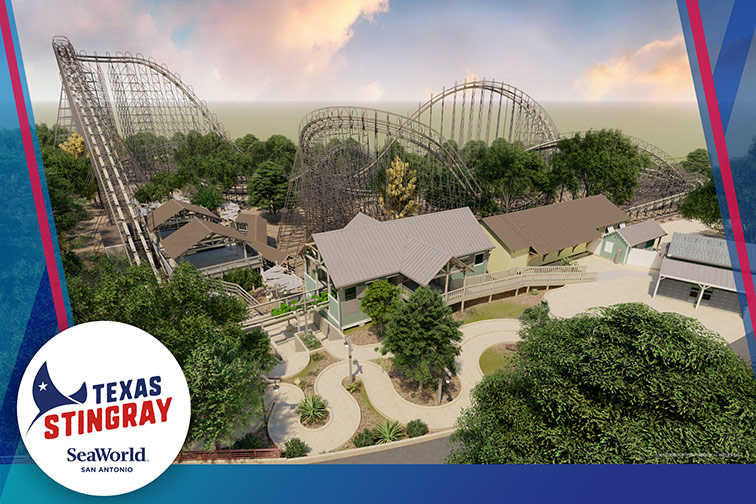 The fifth roller coaster for SeaWorld San Antonio will be the tallest, fastest and longest wooden coaster in the state of Texas. Texas Stingray will have a 100-foot drop, reach speeds of 55 mph, and feature a 100-foot tunnel along its 3,379 feet of track. 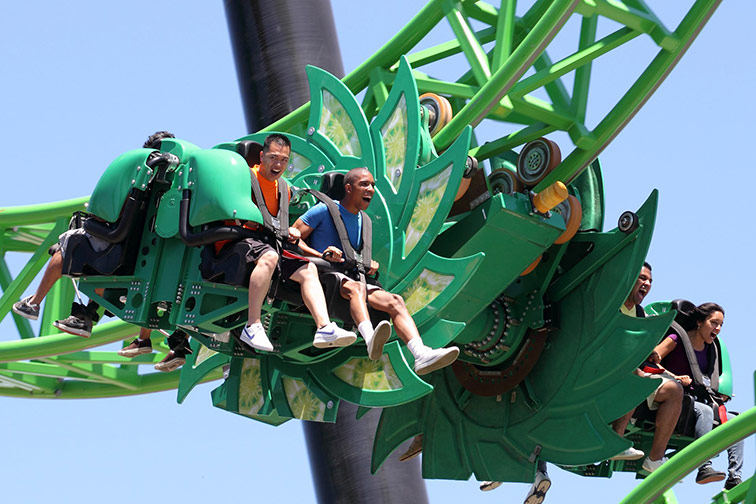 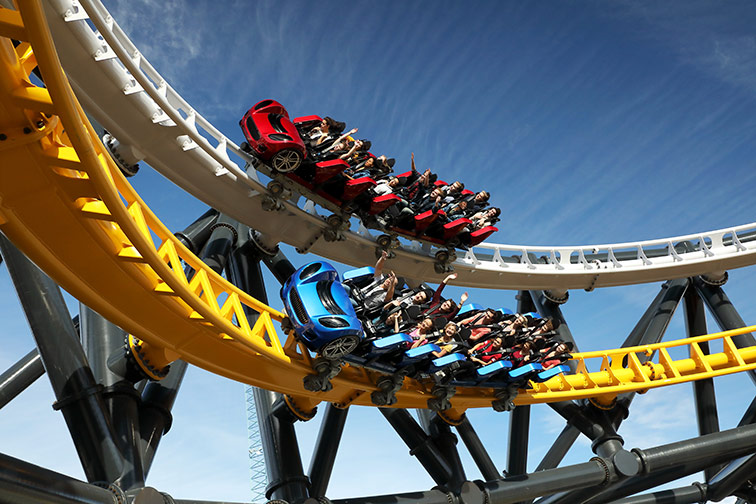 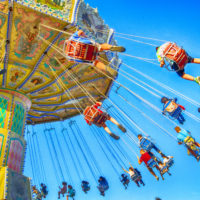