The exclusive and private community on the Dominican Republic’s eastern point is currently upgrading its property to include 52 beachfront suites. Set to be completed in December 2015, the CaletÃƒ³n Beach Club will also see an upgrade with a new restaurant concept, infinity pool, spa and wellness programs. The Family Suites offer a master bedroom and second bedroom with bunk beds. Free Wi-Fi and use of a golf cart helps guests get to anywhere on the property. Children ages 4 to 12 will have fun with scavenger hunts, games and adventures at Koko Kid’s Club. Koko’s Min Spa is also a treat for mini guests.

Stayed for four nights, just like I did the same month last year. Beautiful beach (they even managed to get rid of the seaweed and of the little pieces of coral that was making it a little unpleasant to get in and out of the sealant November), spectacular golf course (a lot of money was clearly invested to make it even more perfect since I first came three years ago), very nice rooms (although the wooden floor in mine, 2312, was badly tainted and warped probably by a guest who forgot to close the balcony doors during a storm), attentive staff (always cleaning and saying ola). This would be a world class hotel except for management that either is incompetent or doesn’t care when problems arise. Internet and phone was either not working at all or spotty during our entire stay. More importantly, there was virtually no hot water in my room for the first three days of my stay, in spite of multiple requests to fix the problem (including in person visits to the front desk since the phone was not working). Two friends who had the rooms on both sides of mine had the same problem with hot water, but theirs was corrected.

Staff and hotel couldn't be any lovelier. Beautiful place to relax and unwind. Excellent restaurant choices. Little blue flags on the chairs at the beach so the staff can see you'd like to place an order! 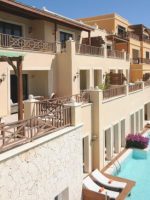 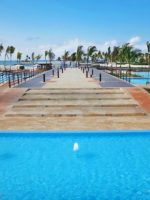 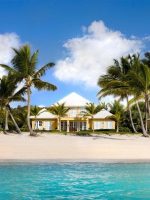 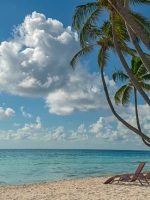 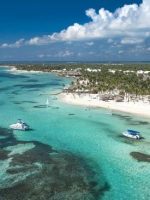 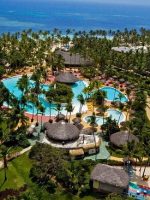