Visit the summer rooftop garden in the warmer months and witness spectacular views of the city. Terrazza Brunelleschi Restaurant serves buffet breakfasts and Tuscan cuisine for dinner. The family restaurant offers outdoor seating with the famous Basilica di Santa Maria del Fiore as a backdrop to your meal. Melarancio Restaurant and American Hall are two other restaurants onsite. Kids’ menus are provided for families.

Pinnochio Park depicts the children’s story through art and winding gardens. Cultural activities, art exhibitions, marionette-making classes and storytelling sessions entertain children. The Arcetri Astrophysical Observatory hosts Saturday evening visits for groups of up to five people. Children can see the inner workings of astrological science lab and take “tours” of the skies. The Bottega dei Ragazzi combines a museum, a laboratory and a bottega all in one building. Just for kids, the children’s museum is geared towards kids’ ages 3 to 11, offering a wide array of games, arts and creation. The hotel concierge will point families in the right direction — toward the most kid-friendly attractions in the area.

The Santa Maria Novella train station is a short walk from Grand Hotel Baglioni. Families can also walk to Duomo and Vecchio Bridge. The Statue of David is a must-see and only a slightly longer walk from the hotel. Many boutiques and restaurants are also in the area. Want to venture further off? Tour buses leave from Pisa.

We spent five nights here split across two rooms. Both rooms were charming, the first had an inside view onto a very pretty courtyard, but had a damaged slat in a shutter allowing the early sun to stream in. We had reported this but maintenance couldn’t find the issue (at night), so the hotel kindly changed our room with little hassle beyond having to pack. The second room was even nicer and looked out over a square at the front.

The location is ideal with major attractions, dining and shopping within easy walking distance, plus the main train station. We took a taxi to the hotel from the airport, which was inexpensive, although the drive of our vehicle (#591) “forgot” that there is a flat rate until reminded of that fact. That said, the difference was only a couple of Euros. However, a far better option, which we used for the return is the T2 Tram to/from the Unita stop which goes between the front of the airport and the front of the hotel for e1.50 per person.

Breakfast was included in our booking and was in the form of a buffet on the fifth floor with spectacular views of the city. It includes a choice from several options including yoghurt, breads, hams, eggs and bacon, etc. and was very good. One tip: the coffee in the dispensers is pretty rough, so it’s better to ask the staff to bring you a cup from a machine – that way you can also get drinks like cappuccinos.

In general, the hotel is a great balance between what you would expect from an older hotel with character and what you expect from more function oriented modern hotels. You only get the three pins-in-a-row Italian power sockets, and you won’t get a box of tissues or security peepholes, but everything else is there. The rooms were very clean, had firm beds, functional plumbing and a free mini-bar stocked with a generous supply of soft drinks. Internet was free and just about fast enough to stream (via a SlingBox) a major college football game from the States, but with an occasional pause. Staff were very friendly and helpful, although I don’t recall ever seeing any door staff.

Note though that the smart card system is particularly finicky even though we had used many such systems before – staying in various hotel chains enough to have high status and even lifetime status in a couple. As far as I could tell, if the door reader misreads (you may hear a click but still get two red lights), you have to wait for the green light to come on. I also noticed that the maids and bellman who helped us with the system hold the card horizontal unlike the instructions in the elevators. You also have to hold the card there for several seconds for it to register.

Overall, we had a wonderful time in the city and this hotel. Typically, we will visit cities more than once: the first time to do the essential tourism thing, and thereafter to have more relaxed time enjoying the local culture and experiences. I have little doubt that we will want to return to Florence in the near future, and when we do, that the Grand Hotel Baglioni will be our hotel of choice.

We stayed three nights
Good - checkin was professional, service was very good, our room was spacious and clean, breakfast was excellent and the view from the restaurant is awesome. Roof top bar / lounge is fantastic for the view. Close to train station,
Bad - our king bed was rock hard. 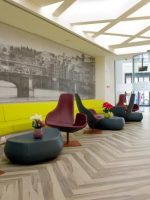 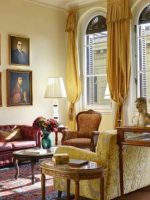 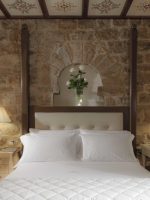 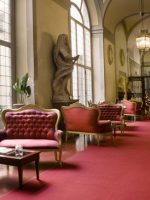 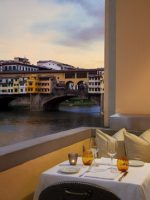 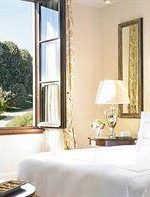