Hassayampa Inn is included in the National Register of Historic Places and is a member of the Historic Hotels of America. While built many years ago, there are plenty of modern amenities for families. The inn has 67 rooms with historic touches and Southwest style. Rooms include flat-screen TVs and free Wi-Fi, while rooms have mini-fridges and microwaves. There is a well-equipped business center and a gym with free weights, a treadmill and elliptical machine. The Inn is pet-friendly. There is also a restaurant onsite, as well as a sundries shop. Rooms come in standard king, double queen and suites.

Really cool, atmospheric hotel. Yes the rooms are old fashioned as are the bathrooms BUT that is the whole point. Everything was clean and functional, bed was comfortable and housekeeping was top notch. Desk staff were very helpful and obliging.

Perfect location, lovely comfortable and spotless rooms, quaint surroundings, live music in the bar during Happy Hour - the hotel almost ticked every box but, for us at least, a big let down was having totally unworkable Wi-fi for two days and we were surprised not to have a small fridge, both of which have been standard in even the most basic motels we have used during our trip.
Neither iPads or phones could maintain a connection and in the brief interlude (v. early am) when contact was made with the server, it was slower than dial up. We had to leave the hotel and hunt a bar with workable Wi-fi on both nights to plan our days and catch up with work. When I raised the issue with the front desk, I was told it was probably because the hotel was full! Really, if a motel can cope then....... I suspect the problem is that the hotel has absolutely no protection on the Wi-fi, no password not even a room number needed to access. My guess is that half the citizens of Prescott are logging in, so no wonder it struggles. Rant over...but at least I have a fast connection elsewhere to post this :) 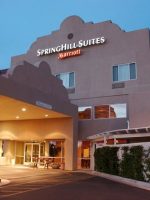 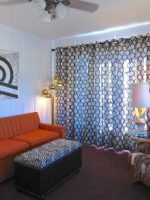 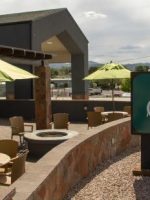