Located within walking distance of Zocalo, the Rufino Tamayo Museum of Pre-Hispanic Art and the Cathedral of Oaxaca, the Hotel Rivera Del Angel provides travelers with family-friendly accommodations and no frills amenities. Families will find the triple rooms that sleep three guests and the quadruple rooms that sleep four guests to be well suited for their needs. Amenities offered by the hotel include an outdoor swimming pool and complimentary Wi-Fi access. The hotel does not have a restaurant, but guests can easily walk to a number of dining establishments from the location.

We enjoyed our stay at this hotel. It's very clean, has a adequate restaurant and the rooms are nice. We paid 850 pesos per night and thought that was reasonable.
We found the restaurant a bit chintzy: they charged us extra for the third cup of coffee and it was not good coffee. But they have some very good 35 pesos hamburger as well as other good things.
We took 2 tours while we stayed there. The first was booked from the on site tour agency and it was poor. It was an 8 hour trip including Mitla and Hervienda Agua. It also included an interesting tour to where they make the natural rugs and it was great and very interesting. But afterward they would not let us continue because they were trying to sell us rugs. Then we went to a mezcal factory and once again the pressure was on to buy overpriced mezcal from the factory. Unfortunately even though it was an 8 hour trip we only had only 45 minutes to spend at Mitla and 40 minutes to spend at Hervienda Agua, the 2 highlights of the trip. We were promised new Mercedes luxury air conditioned vans but actually rode in a late 70s Chevy van that was pretty worn and they packed us in like sardines. The driver was nice and entertaining until he found that we were not planning to buy a bunch of rugs from his family. 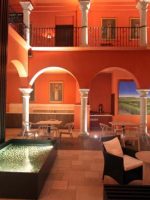 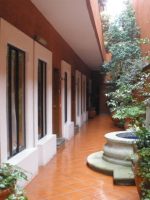 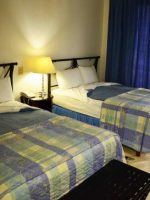 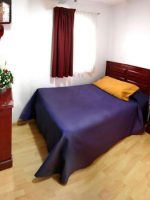