The Water’s Edge is a classic New England property with 101 rooms and suites facing the Long Island Sound with water views. Traditional rooms include queen, king or two queen configurations, with suites and villas providing more space to spread out. Villas include a kitchenette and dining room, as well as a living room with a fireplace. The Villas by the Sea at Water’s Edge is a resort within a resort with 68 additional rooms. Onsite dining at Water’s Edge Restaurant provides ocean views, while the Seaview Bistro and Sunset Bar and Grill are more casual options on the property. The resort features a spa, indoor and outdoor swimming pools, a fitness center and numerous area attractions.

Gorgeous view of LI Sound, lovely (but very small) and well appointed beach. Spa (a separate company) excellent. But we booked an overnight spa/resort package in mid-September--and that was a great disappointment (except for the breakfast) and not worth what we paid for it. Room had tired furnishings; mattress was soft and "crinkled" with every move; air conditioner made a racket; thermostat did not work. Food was mostly excellent in the formal restaurant (except a minuscule portion of fish) BUT our appetizer of cheese and preserved meats took AN HOUR to arrive. Worst of all there was NOTHING TO DO indoors on the second day which was gray and drizzly. Pool, hot tub and gym are so badly ventilated that our eyes teared up within minutes. No yoga, no tai chi, NOTHING that you would expect from someplace that bills itself as a "spa and resort." We left about 11AM and had a wonderful walk in a free state park on the beach about a half hour west. Never again.

Sometimes you don't get what you paid for

I booked a room on a Tuesday night for my anniversary. I paid an extra $100 for a King Oceanview. When I walked in I was immediately disappointed. My view was obstructed by a roof. The pictures showed a beautiful view from your bed, all I could see was a roof. I'm 5'2" so it was even harder to see around. This really upset me as I was really looking forward to gazing out at the sea during my stay. I was mislead and should have been told the view was obstructed, as I would not have paid extra. I let it go, because it was my anniversary and I didn't want to ruin my night.

The hotel was pretty dead, and knowing it was our anniversary, you would think they would give us a room with the view I paid for. I felt scammed to be honest. While the place was clean, the room itself was to the level of a Comfort Inn. Old carpeting, beat up armoire, the drain in the shower was gross, I'd never bathe in there. The refrigerator was broken. I adjusted the settings and it never kicked on. I had zero temperature control, it felt as though the AC had been on all night.

The mattress was hard, so it was a night of tossing and turning and the pillows were completely flat. In the middle of the night I woke up and thought I had lost the pillow, but it was just the same level as the bed- completely deflated.

The property is pretty, the beach is small, and there was a good amount of trash on it. I don't fault the resort for our dirty seas, but it seems to me they should send staff down there periodically to pick up the garbage.

Our meal was nice at the bistro. The food was good, the lobster roll and steak were on point.

We went back to our room and ordered dessert from room service at about 8. When it was delivered, the man repeated to my husband twice to put the tray outside the door when done, and my husband agreed. Now here is the kicker- we had a few bites and were going to go back to the dessert a bit later as it was very rich. Less than 30 minutes later they called and interrupted us asking if we were done yet and could we put the tray in the hallway! So we had to scarf it down and put the tray in the hall. The soda I ordered was so flat I only took two sips. Room service was still open for another hour! I have never been pestered like that and it was very off-putting. What the heck did I pay for?

We ordered room service for breakfast and it was nothing like our meal the night before. The coffee cups were barely half full and nothing really tasted that good. It certainly wasn't worth the $65 we paid for breakfast.

All in all, I am pretty disappointed and would never return. Its a nice place to visit for an event, but a complete waste of money to stay there. It is far overpriced for the dated rooms. It's time for an update or a price rollback. 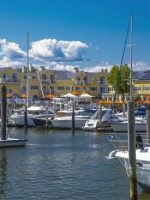 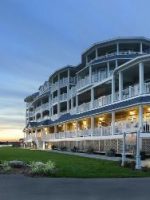 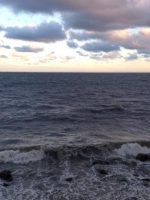 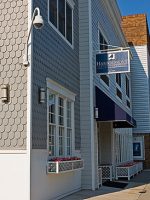 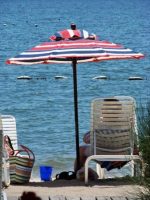 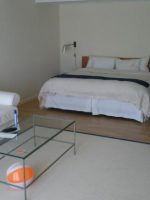