I don't think that I received any benefits. My first night there, my air went out and started blowing out cool air. The microwave was not clean and the room smelled like mildew.

I was moved over to room 532. The next morning, I was about to get in the shower, when I noticed hair on the walls of the shower. When I looked closer, I saw a ring of dirt around the tub. I called to the front desk and inform the young lady of the problem, she said that there was no one in house keeping and that she can move me to another room, I explained to her that I had already been moved to another room. I asked her to bring some cleaner and I would do it myself, because I had a training to attend. She said that she would try to get someone from maintenance to come and clean the tub. Shortly after that, two women came to clean the tub. I was late for my training and missed out on some important information that I had already paid to get.

On the day of my departure, I decided to eat breakfast. I ate from the buffet and the server asked for my room number and name and asked how did I want him to bill me, I told him to add it to my room. When I got my bill through email, I noticed that he added a $2.00 tip. I'm not against tipping, but if I did not leave him a tip, that's considered stealing. I can only imagine how many other guest that he has done this to.

I've stayed in hotel that were nicer and never had to pay for breakfast, because it was free to guests. It should have bern included with the room stay, especially since I was charged $166.00 nightly for a room (which was not a discount for the workshop, they said that the discounted rooms were sold out).

I will not be staying at this hotel again. 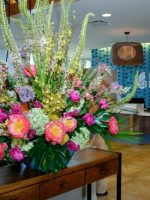 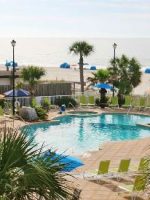 The Lodge at Gulf State Park