Historic Inns of Annapolis includes three properties in Annapolis, Maryland: Governor Calvert House, the Maryland Inn and the Robert Johnson House. Here’s what each one offers:

Maryland Inn
Situated on Main Street in Annapolis, the Maryland Inn features rooms with two double beds for families (plus rooms with one queen or one king for couples or single travelers). There’s a Stay & Play Room with a living area, as well. Complimentary Wi-Fi and access to a 24-hour fitness center are included in rates, and there’s an onsite Starbucks and full-service restaurant called Treaty Paris Restaurant and Drummers Lot Pub.

Robert Johnson House
The Robert Johnson House has similar accommodations to the Maryland House, including rooms with double beds and Stay & Play Rooms. Wi-Fi is included at this hotel, located by the Governor’s Mansion and across the street from the State House.

The rooms were impeccable and historically appointed. My view of the water was picturesque. Being right on Main St in heart of downtown was a plus. I was a little disappointed in a changed and higher rate from Thursday to Friday night. Especially booking well in advance. Also sometimes the front desk goes unmanned and repeated calls are needed to get someone. But a wonder stay overall.

This was a perfect location for the Boat Show. There is so much to walk to nearby. Restaurants, Bars, Shops, Coffee, Parks we never needed a car or Uber. We had a 1 bedroom suite with 2 full baths. Everyone at the hotel was polite and helpful. 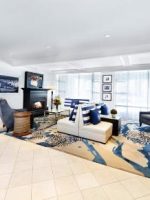 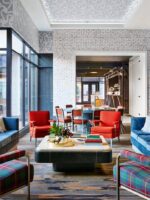 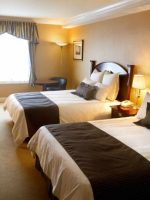 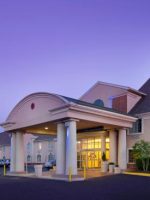 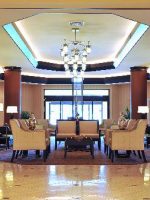 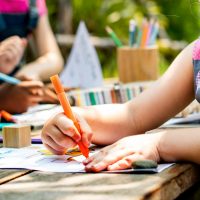