Our room was nice with 2 double beds and a nice view. The pools were beautiful and we really enjoyed the lounge chairs that were part of one of the pools. The food was mediocre at best with many meals disappointing, including at the Pina restaurant and DaVinci's (both required reservations but food was so-so).

For the entertainment we saw the Burlesque Show, which was awful (they need to find someone who knows how to shine a spotlight and dancers that can be synchronized). The fire show was AMAZING!!! The karaoke was disappointing as it was cut short in order to allow for live entertainment. The live entertainment was good but we would have liked to have it after the karaoke was finished. Also, the disco is basically non-existent. Opened at 11 p.m. on Friday so there was a large lull in between when the fire show ended and the dancing started and then once we went to dance it was in the Asian restaurant and was pretty lame. There needs to be something to do at night after 10 p.m., which didn't seem to be the case.

The staff was super friendly, especially the bartenders and servers in the Lobby Bar! The place was not crowded (in November) so we always could get a pool chair, which was a perk! Overall, we had a fun time but there were many areas that needed improvement to get a review higher than "average" from this traveler.

We stayed November 2019 and out of everything the resort had to offer, NOTHING beats their customer service. They are equally friendly and helpful to everyone and housekeeping was the best I've ever had. They make sure you are well taken care of and that speaks volumes to how they manage and train their staff. The entertainment group was something my boyfriend particularly enjoyed. They keep things fun at the main pool with lots of games, trivia, and a staff who seem to genuinely love their job. I loved their serving staff at the breakfast/lunch buffet who was accommodating, friendly, and did their best to give you top tier service. The only reason this Resort didn't receive a full 5 stars from me was the quality of the food/drinks. Our Coke always tasted watered down, our mixed drinks tasted watered down, the dressings tasted watered down, the Italian pasta (served at the buffet) needed more spices, the omelet was cooked poorly, and at one point their Chile Verde tasted watered down. My boyfriend and I agreed that the place is exceptional but the food needs a boost. 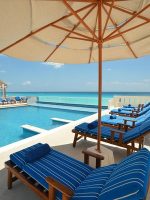 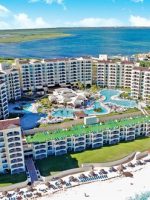 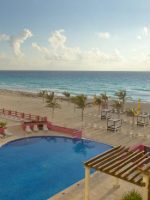 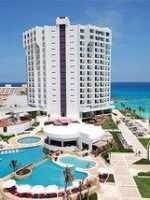 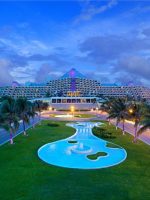 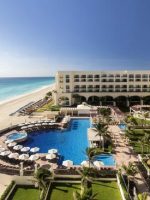